President Joe Biden on Friday nominated federal appeals court Judge Ketanji Brown Jackson to the U.S. Supreme Court, making her the first Black woman selected to serve on a court that once declared her race unworthy of citizenship and endorsed segregation.

Introducing Jackson, Biden called her a "proven consensus builder" who has "a pragmatic understanding that the law must work for the American people."

"She strives to be fair, to get it right, to do justice," the president added.

In Jackson, Biden delivers on a campaign promise to make the historic appointment and to further diversify a court that was made up entirely of white men for almost two centuries. He chose an attorney who would be the high court’s first former public defender, though she also possesses the elite legal background of other justices.

Jackson would be the current court’s second Black justice — Justice Clarence Thomas, a conservative, is the other — and just the third in history. She would replace liberal Justice Stephen Breyer, 83, who is retiring at the end of the term this summer, so she won’t change the court’s 6-3 conservative majority. 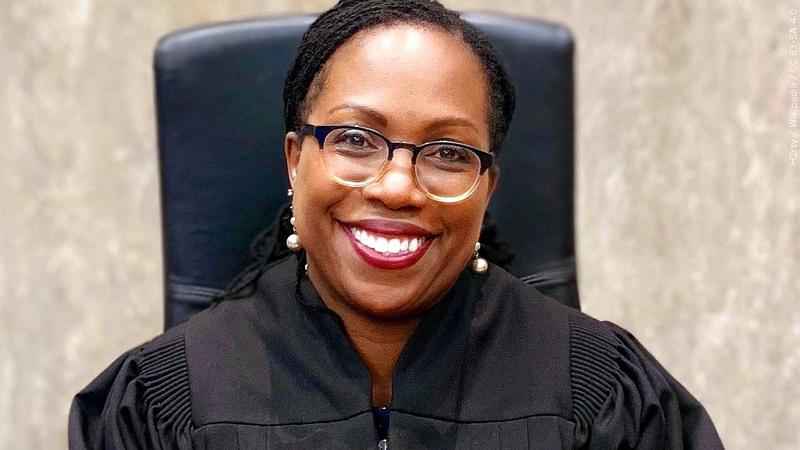 Jackson would join the court as it weighs cutbacks to abortion rights and will be considering ending affirmative action in college admissions and restricting voting rights efforts to increase minority representation.

She would be only the sixth woman to serve on the court, but she would join three others already there, including the first Latina, Justice Sonia Sotomayor.

In brief remarks, Jackson thanked Biden, saying she was "humbled by the extraordinary honor of this nomination." She highlighted her family’s first-hand experience with the entirety of the legal system, as judges and lawyers, an incarcerated member and police officers.

Standing alongside Biden at the White House, she spoke of the historic nature of her nomination and paid tribute to Justice Breyer.


I’m proud to announce that I am nominating Judge Ketanji Brown Jackson to serve on the Supreme Court. Currently serving on the U.S. Court of Appeals for the D.C. Circuit, she is one of our nation’s brightest legal minds and will be an exceptional Justice.https://t.co/iePvhz1YaA pic.twitter.com/Nzqv2AtN8h