Beyond the Playbook: Northwoods Pond Hockey Championship ‘turning ice into water’ for Africa

Hockey players from around the Northland headed to the 7th annual Northwoods Pond Hockey Championship, which took place at Mckinney Lake in Grand Rapids. This year marked the biggest yet for the event.

"We had a record number of teams sign up this year again, we are up to 40 teams. Plus eight rinks, and it’s a full day," said Jon Scally, the tournament organizer.

The primary goal of the tournament was to create an enjoyable and memorable event that let the players connect and be active during Minnesota’s long, frozen winters.

"To me the game of hockey is awesome, but I love the community. The aspect of people coming out, getting to know each other, and connecting. That’s my heart in doing this, I want people to come out for the community," added Scally.

Proceeds from the tournament went towards digging water wells in Africa, which was through an organization called World Serve. That motivated the volunteer rink makers to build the best quality outdoor rinks that they could, with the tag line of the day ‘turning ice, into water’. 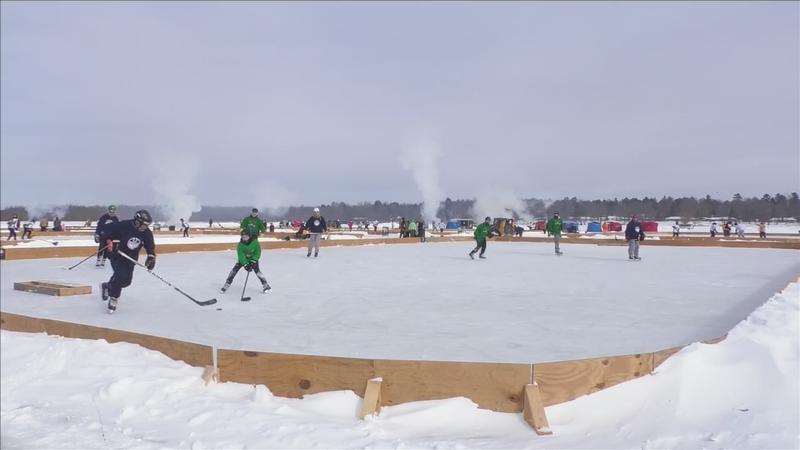 "It’s for a good cause, and it lets the community continue to sponsor things that may be better and bigger than themselves," said rink carpenter Darrell Hasbargen.

Ultimately it’s the love of the game that means the most to the players.

"The fun and the adrenaline pumping through your body is just fun. Hockey’s a fun sport and sometimes you have to get cold to do what you love," concluded 12 year old player at the event Finley Roberts.