Thousands of Arizona Catholics recently learned they may have been improperly baptized with the wrong words.

In Michigan, a separate but similar controversy has been ongoing since 2020. For years, a deacon at St. Anastasia Church in suburban Detroit used the words "we baptize" instead of "I baptize."

The Vatican said that phrase makes the sacrament invalid.

The Archdiocese of Detroit says it found about 200 baptisms were done properly, and 71 people so far have been baptized again. But 455 people haven’t responded, despite outreach efforts and publicity.

One person who was affected was a priest, the Rev. Matthew Hood. He was quickly baptized and ordained again as a priest in 2020. 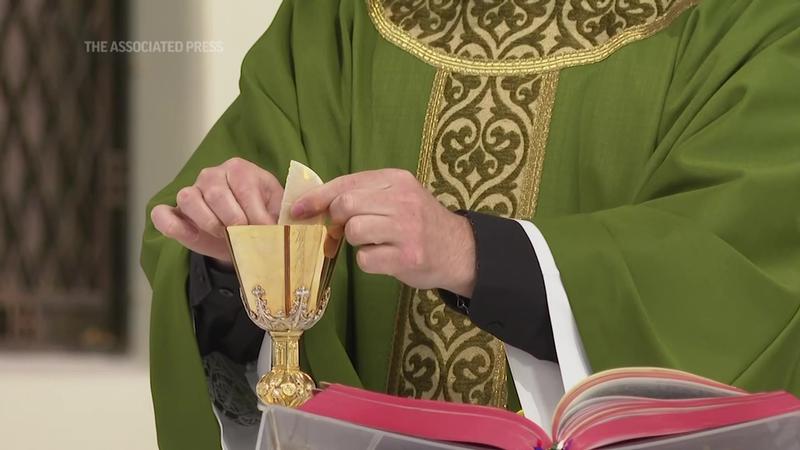 Dozens of couples in Michigan had to take their vows of marriage again after the priest who officiated their marriages learned he had not been baptized properly.[AP Video]

The consequences for Hood went beyond his own baptism and other sacraments, including priestly ordination. He had officiated at roughly 30 marriages during his initial three years as a priest. Those couples had to make their vows again.

"I was expecting them to be angry, upset, confused," Hood said. "And their reaction was: ‘Father Matt, we feel so bad for you.’"

The 31-year-old Hood currently serves Catholic college students, especially around Wayne State University in Detroit. They are around the same age as many of the young people who haven’t reached out to the church about being baptized a second time.

"The sacraments are the presence of God, the mystery of God crashing into our lives," Hood said. "It isn’t just a checklist that you need to make in the Christian life. But it’s something that changes us completely, that makes us Christians.

"And because of that, it’s something we want to make sure we get right."