Backcountry camping will again be allowed in the Superior National Forest and on state-owned land in northern Minnesota starting Friday, Sept. 3.

The restrictions had taken effect last weekend due to fire danger and drought. Both the Forest and the Minnesota Department of Natural Resources announced the end of the camping restrictions on Thursday after rain and cooler temperatures improved conditions for firefighters in the region.

The Superior Hiking Trail Association confirmed that campsites along the trail will also reopen Friday.

However, fire restrictions remain in place. Campfires are not allowed in the Superior National Forest, but propane stoves with on/off switches are allowed.

The DNR is banning campfires at dispersed, remote, or backcountry camping on all state, county, or private lands in much of northern Minnesota. The ban is in place in all of Beltrami, Becker, Cass, Clearwater, Cook, Crow Wing, Hubbard, Itasca, Koochiching, Lake, Lake of the Woods, Mahnomen, Ottertail, St. Louis, and Wadena counties, as well as eastern Roseau County. 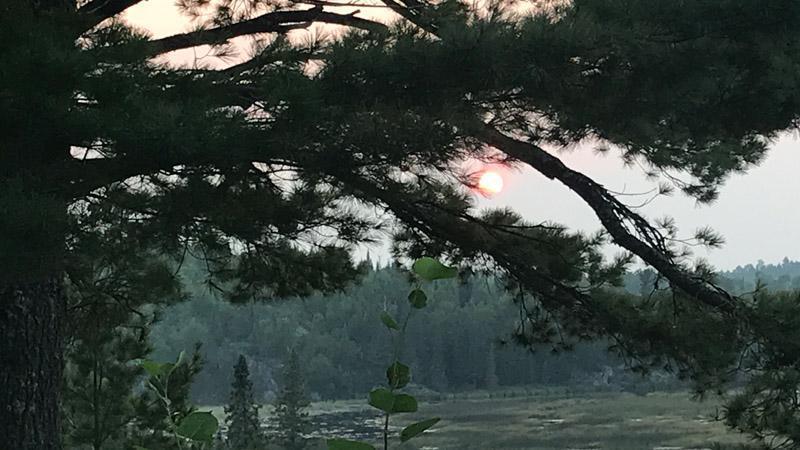 Attended campfires will still be allowed in established fire rings at homes, cabins, campgrounds, and resorts.

"While it is prudent to make these changes now, we are not fully out of danger. It’s important for people to continue to follow the restrictions that remain in place, and to understand that we will expand restrictions again if conditions indicate this is necessary," DNR acting Wildfire Prevention Supervisor Allissa Reynolds said in a news release.

The announcements came following news that parts of the Boundary Waters Canoe Area Wilderness will reopen on Saturday, Sept. 4.

RELATED: Much of BWCA will reopen Saturday