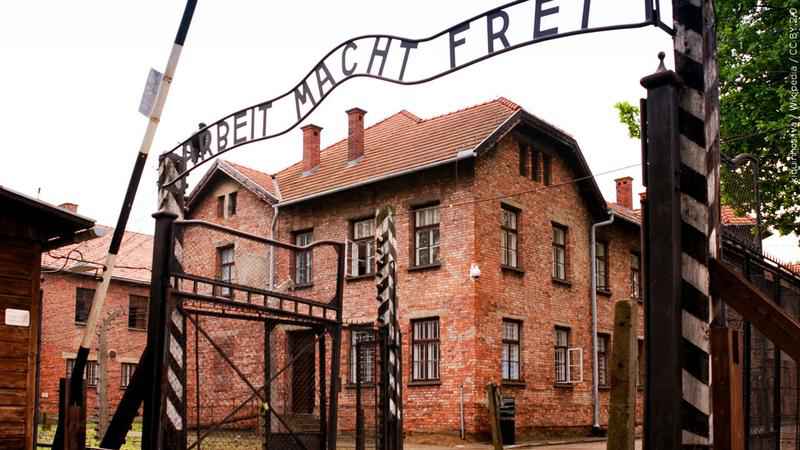 WARSAW, Poland (AP) — The Auschwitz-Birkenau museum alleged Friday that it was the target of “primitive" propaganda spread by Russian state agencies on social media.

The museum said that social media posts falsely claim to show anti-Russian stickers placed around the memorial at the former site of the Auschwitz death camp site in southern Poland, an area under German occupation during World War II.

“Russia and Russians,” the stickers appearing in fake images say, "the only gas you and your country deserve is Zykon B.” That is a reference to the gas the Germans used in the mass murder of Jews and others at the camp, which operated during 1940-1945.

The images were tweeted by official Russian sites, including the Russian Arms Control Delegation in Vienna and retweeted by the Russian Ministry of Foreign Affairs. They appeared intended to portray Russians as targets of vicious Russophobia. Some posts claimed the stickers were the work of Ukrainians.

Several online posts claimed the stickers went up on June 22, which is the anniversary of Nazi Germany’s invasion of the Soviet Union in 1941. The Soviet Union’s army liberated Auschwitz in 1945.

The Auschwitz Museum said no such stickers were found at the places depicted in the images, and that security cameras did not capture anyone affixing anything to the locations on or before June 22. It said an analysis showed the photos were manipulated and the stickers added digitally.

“Everything indicates that the photographs are simply a manipulation,” the museum said, describing the images as “primitive and gross propaganda.”

When Russia invaded Ukraine on Feb. 24, President Vladimir Putin said the goal was to “denazify” the neighboring country, whose democratically elected president is Jewish and lost family members in the Holocaust.

“The use of the Auschwitz-Birkenau Memorial for propaganda that lends credence to alleged Russophobia and strengthens theories about the need for denazification of Ukraine should be opposed by all thinking people worldwide,” it added.

More than 1.1 million people, most of them Jews, were murdered by the Nazis and their collaborators at Auschwitz.