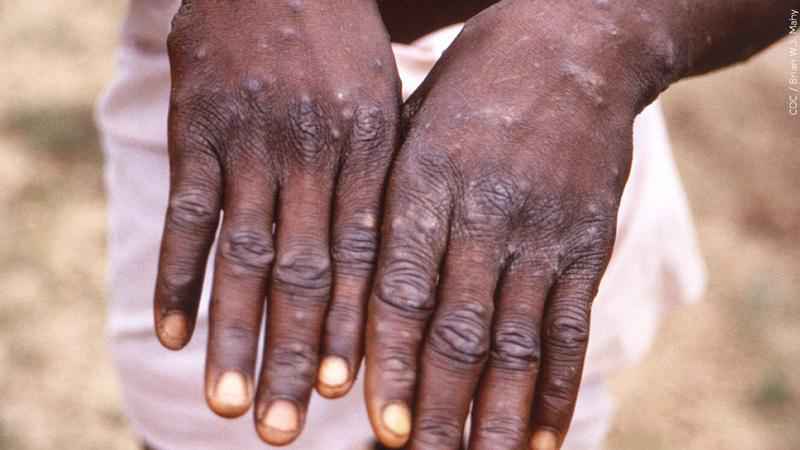 BUENOS AIRES, Argentina (AP) — Argentina reported two cases of the monkeypox virus on Friday in men who had recently arrived from Spain, marking the first time the presence of the virus has been confirmed in Latin America during this latest outbreak.

Argentina’s health ministry first confirmed a man from the province of Buenos Aires who had traveled to Spain has monkeypox. Later in the day, the ministry said in a statement that a suspected case involving a resident of Spain who had arrived in Argentina earlier in the week was also confirmed positive.

Argentina now becomes the latest country to confirm cases of monkeypox as part of a global outbreak that has seen the rare virus sprout up in several countries that are not usually known to have outbreaks.

The sequencing of the virus in the first confirmed case revealed a high degree of similarity with monkeypox from western Africa, as has been the case with the new infections around the world, Argentina’s Health Ministry said.

Authorities have revealed little about the patients but said they are both in good health and are being isolated while receiving treatment for their symptoms.

The first confirmed case involved a man who traveled to Spain from April 28 through May 16 and had symptoms compatible with monkeypox, including lesions and a fever, on Sunday.

All of his close contacts are being monitored and none have presented any symptoms to date, the Health Ministry said.

The second confirmed case involves a resident of Spain who arrived in Argentina on Wednesday and has no ties to the first case.

The man, who was also in the province of Buenos Aires, presented lesions compatible with monkeypox on Thursday.

“The patient is in good general health, isolated and receiving symptomatic treatment,” the Health Ministry added. None of his close contacts have yet to present any symptoms.

Nearly 200 cases of monkeypox have recently been reported in more than 20 countries not usually known to have outbreaks of the disease, the World Health Organization said on Friday. But that looked to be an undercount.

Spain has emerged as an epicenter of this recent outbreak and health authorities confirmed on Friday there were 98 confirmed cases in the country. The United Kingdom has reported 106 confirmed cases while Portugal said Friday the number of people with monkeypox had increased to 74.

Cases have also been reported in the United States, Canada, Australia, Germany, France and Italy, among others.