After the Greenwood Fire destroyed his cabin, property owner sets to rebuild

The clean up continues from last summer’s Greenwood Fires.

After a long winter of being closed– fire officials have officially re-opened the affected areas. Last year’s destruction charred over 26,000 acres of land including a number of homes, lake-houses and cabins.

We spoke to Rick Skoog, a property owner southeast of Lake McDougal, whose entire cabin was destroyed spoke about his plans for the land moving forward.

"I am finding pallets and salvaged wood, salvaged logs and about a sawmill," said Skoog. "So I’m going to try to go that route and rebuild it because I’ve done it once and I kind of know how to do it."

Skoog has had his property for 20 years. It took three years for him to build his first cabin himself and just a matter of days for it to be completely burned down by the Greenwood fires. 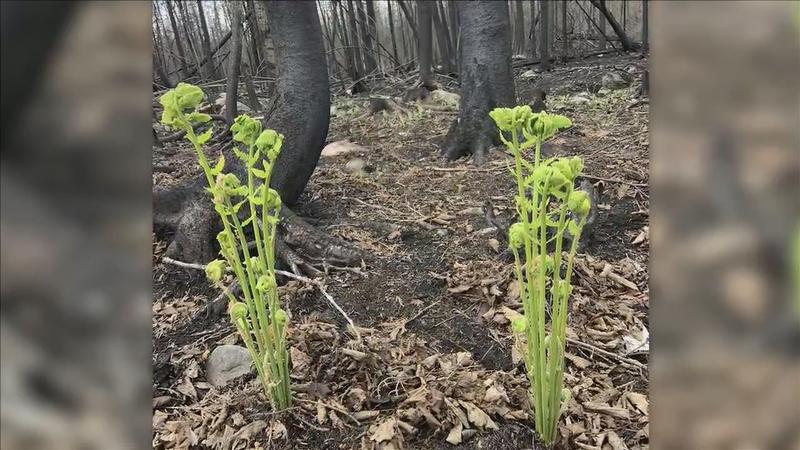 Ferns begin to sprout in the reopened area hit by the Greenwood fire.[Rick Skoog]

"It’s been challenging going up there because it used to be a total ‘happy cabin’ place — you go up there and it’s nice and green and you can add a hammock hanging so you could go sit and read a book. And now you’ve got nothing there," said Skoog.

"Because all the trees are, you know, gone, there’s no shade. So now, it’s going to be a worksite rather than going up there and kind of relaxing."

As Skoog and many others return to the land to clean up, daffodils and ferns have started to pop up among the dark wood of the remaining burnt trees.