In an updated report, the Duluth Police Department release additional information regarding an incident that happened on Sunday evening on the 700 block of E 1st Street in Duluth. Police was called to the location at 6:00 p.m.and alerted the public about a situation in the area. According to the new report, police say the suspect was not in the residence at the time of the standoff.

Police say the male suspect was thought to be inside the residence, after having a domestic incident with his significant other involving firing a firearm.

Duluth police set up a perimeter and evacuated surrounding apartments as a precautionary measure around 7:00 p.m. After further investigation, and many attempts to get in contact with the suspect, it was confirmed that the man was not inside the building. Police say they believe he had left prior to the their arrival.

While negotiating with the suspect by phone, police say he agreed to meet with officers at the 1200 block of W Michigan Street.

At approximately 12:15 a.m. on Monday, the suspect was detained by police and acknowledged his involvement in the incident. 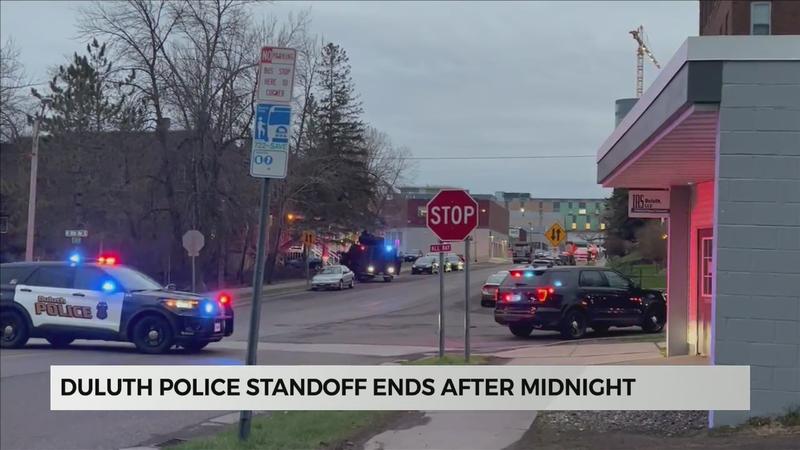 He was brought to the St. Louis County Jail for pending 2nd Degree Assault, Discharge of a Firearm Endangering Safety, and Domestic Assault Fear of Bodily Harm.

A scary situation happening almost three weeks after the tragic killings of the Barry family. Where police discovered five bodies at that residence.

Nearby resident Maddie Eldred says, "I definitely am terrified because it has happened multiple times already it’s definitely something we don’t want in a neighborhood especially families, kids living here. If this is going to keep growing and the crime is going to get worse. I mean I can’t imagine the fear."

This remains an active and ongoing investigation.