Firearm deer hunting season is underway! And the deer keeping coming to be registered and processed at Chalstrom’s. Owner John Chalstrom said this morning, "This year we’ve seen like a half dozen. By this time tomorrow we’ll probably have thirty of them registered."

Chalstrom is also happy the opener is bringing so many people together. He says, “You know, you get customers you only see a certain time of year. And a lot of these people I see this time of year I haven’t seen them since this time last year, it’s good."

The store has also seen a lot of business even before Saturday. “Yesterday with everyone coming in and getting their licenses, really busy day”, says Chalstrom.

He said if he wasn’t working he’d be out there too. He says, "It’s nice to get out there in the woods and get a break from all the busyness and just to be out in nature and if you get a deer that’s a bonus."

Now the deer, they aren’t excited about the opener. But hunters of all ages are. Including the younger hunters like high school freshman Sami Grosnick who shot her first buck today. 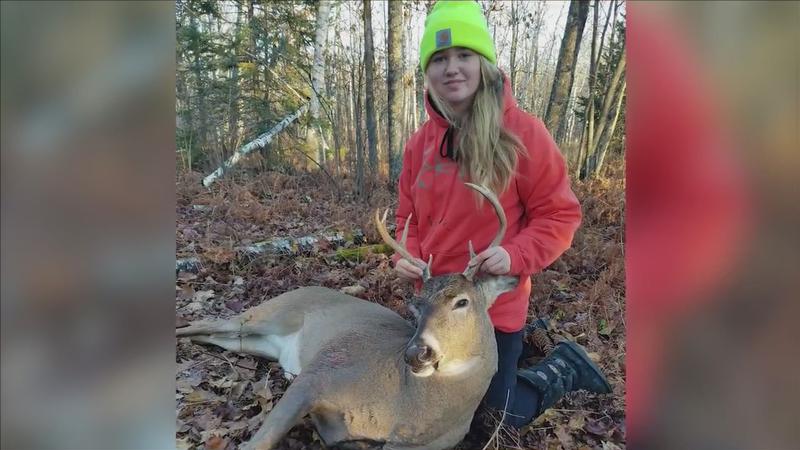 High school freshman Sami Grosnick is so excited that she shot her first buck today.

She told us her story saying, “My dad saw it and so we had to rotate in the stand because I wasn’t facing the deer, and so I lined it up and I shot obviously and then it jumped and it fell. It was a good shot."

Sami and her dad were hunting on her best friends’ land who Sami was texting after the buck was shot and says, "Yes [she was] pretty mad that they weren’t the ones in the stand."

The two were one of many pairs at the shop Saturday morning, but the place will only get busier from there. John Chalstrom says, “A lot of people that have shot deer are still getting them out of the woods so it is just beginning now.”

The business is expecting more and more game to roll in throughout the season.