6,000 bees removed from inside wall of Omaha couple’s home 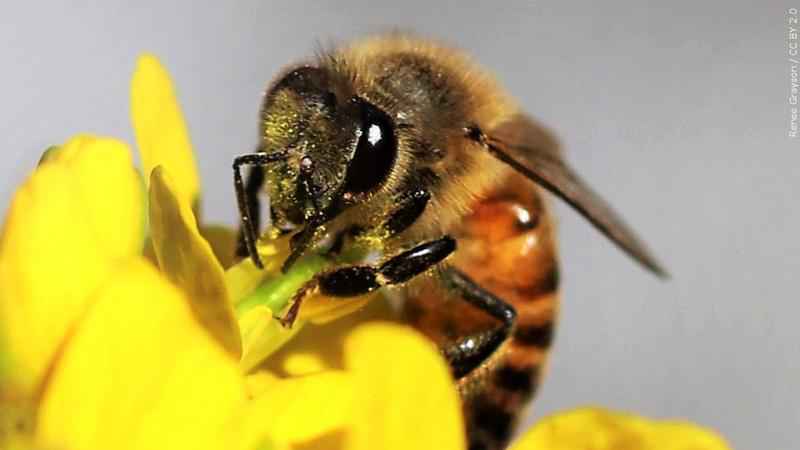 OMAHA, Neb. – About 6,000 bees were recently removed from inside the walls of an Omaha couple’s 100-year-old home.

Thomas and Marylu Gouttierre told the Omaha World-Herald they have been planting bee-friendly flowers outside their home, but they never expected the bees to move in. Gouttierre said he could hear buzzing when he put his ear to the wall after the couple discovered about 30 bees in a second-floor bedroom.

Rather than call an exterminator, the Gouttierres contacted two members of the Omaha Bee Club who charged them $600 to remove the bees. The couple were able to taste some of the honey the bees had made before they were relocated safely.