The Steve O’Neil Apartments were built on a mission to break the cycle of family homelessness. As they approach the 5th anniversary of operation, CHUM has the stories and numbers to support their claim to success.

Adam Deutsch has been a resident at the Steve O’Neil Apartments for about a year. He said, “They let us come into their shelter while we were homeless with our 3 month old at the time.”

Resident Sandi Paavola also described the resource as life changing. She said, “It’s helped my family grow in many different ways, in education and mental health, and I feel like I’ve got a community, and it’s really nice.”

CHUM delivered a report to the community at Hope United Methodist Church Thursday where 29 different congregations were represented in support of the apartments. The report said there have been 308 people and 94 households served over the last five years.

CHUM community engagement coordinator Mary Lu Larsen said, “Folks are getting settled in, they are improving their health, they are beginning to dream about what might be next.”

CHUM services coordinator at Steve O’Neil Apartments Amy Swensen said, “They’re seeing that they have options that they really never believed that they would have, like getting their GED, or getting a job, getting their driver’s license, getting off probation successfully by completing all of those conditions of probation.” 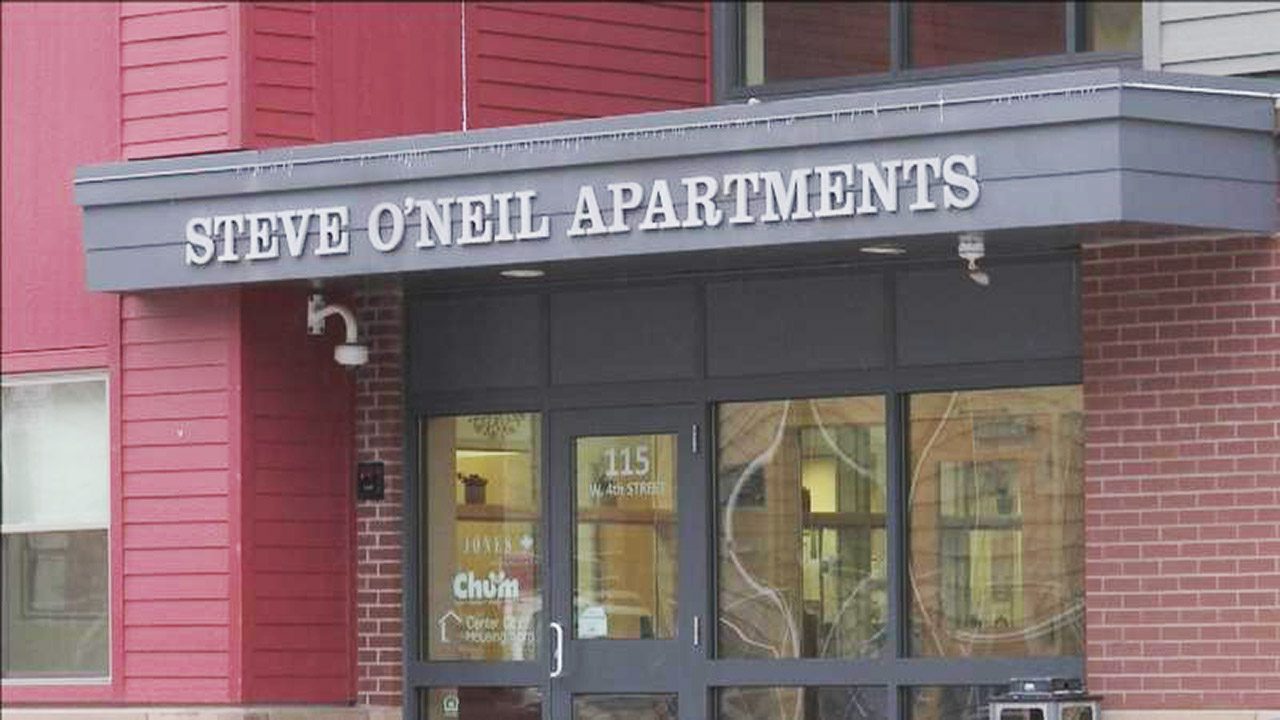 “I am a felon myself, so it was harder for me to get into housing, but they helped me with all of that, too,” Deutsch said, “They stuck up for me, it was pretty cool.”

CHUM sees the Steve O’Neil Apartments as a big step toward their goal of ending homelessness, but they say more of its kind are needed to realize that goal.

“If I could wave a magic wand in Duluth and have it happen, I would build ten more of these and ten more for individual people,” CHUM executive director Lee Stuart said, “We have our job cut out for us, and I think we need to build at all income levels at all scales.”

You can donate to CHUM and the Steve O’Neil Apartments here.