A 20-year-old woman had to be rescued off of Park Point Beach on Saturday afternoon in what authorities are calling an "incredibly daring and dangerous water rescue."

A news release from the Duluth Fire Department says they responded to a report of a water emergency on the 2800 block of Minnesota Ave. around 4:00 Saturday afternoon.

Authorities received a report that the woman was pulled away from shore by a rip current and was about 200 yards from shore.

Two Duluth Fire Department rescue swimmers were able to use a rescue surfboard to reach the woman and help her to shore. She was treated by Mayo Ambulance at the scene and transported to a local hospital for exhaustion. She is expected to recover.

The rest of the woman’s party was able to make it back to shore. 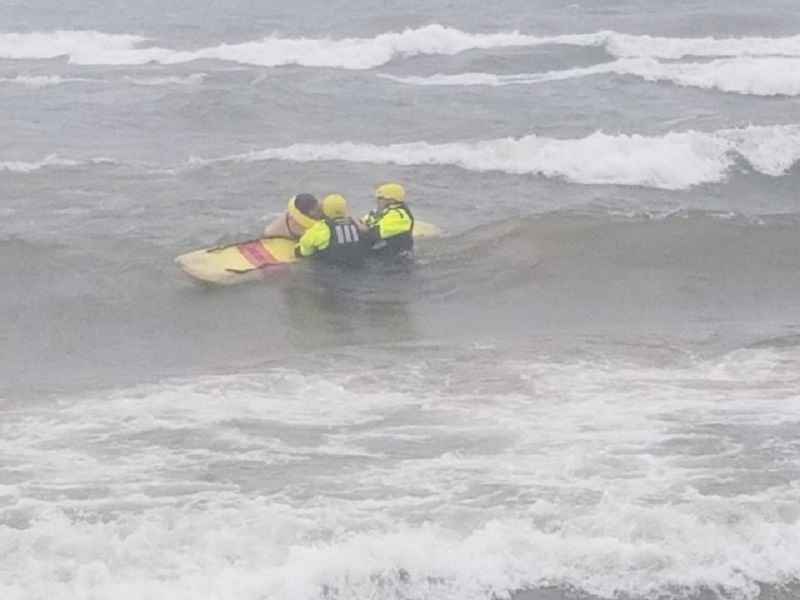 The Duluth Fire Department, Duluth Police, St. Louis County Sheriff’s Department, Mayo Ambulance, and the US Coast Guard all responded to the scene.

The Duluth Fire Department wants to remind the public that there is a dangerous swimming condition warning in effect until Sunday at 10:00 a.m.

Red flags fly in multiple locations along Park Point, along with a message board that shares beach conditions when warnings are issued.

DFD says to please keep yourself and others safe by not entering the water when these warnings are issued, regardless of your swimming experience.