18 of 20 gorillas at Atlanta’s zoo have contracted COVID

ATLANTA – Officials on Tuesday said at least 18 of the 20 gorillas at Atlanta’s zoo have now tested positive for COVID-19. Zoo Atlanta had announced the first positive tests among the gorillas on Friday after employees noticed the gorillas had been coughing, had runny noses and showed changes in appetite. The zoo says it is using monoclonal antibodies to treat the gorillas at risk of developing complications from the virus.

Officials say there’s no evidence that the gorillas can pass the virus back to humans and visitors are too far away to be infected by gorillas.

According to a post on Zoo Atlanta’s Facebook page, zoo officals say it is uncertain how the gorillas became infected with the virus.
They said in a statement, "the Animal Care and Veterinary Teams believe the infections originated with a COVID-positive care team member. The team member is fully vaccinated, was wearing Personal Protective Equipment (PPE), and was asymptomatic on the day of reporting to work."

“The teams are very closely monitoring the affected gorillas and are hopeful they will make a complete recovery. They are receiving the best possible care, and we are prepared to provide additional supportive care should it become necessary,” Sam Rivera, DVM, Senior Director of Animal Health said in their Facebook post. “We are very concerned that these infections occurred, especially given that our safety protocols when working with great apes and other susceptible animal species are, and throughout the pandemic have been, extremely rigorous.” 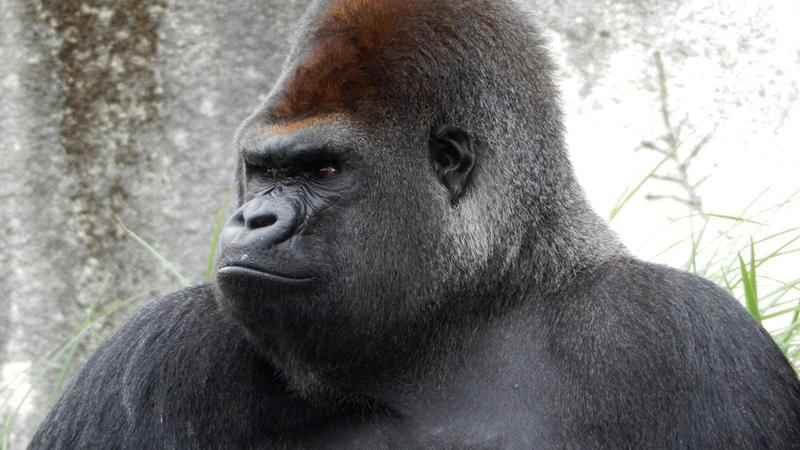 The outbreak occurred just days before the zoo had hoped to obtain a veterinary vaccine for the primates.