The University of Minnesota Duluth (UMD) women’s hockey team was at home on Friday taking on a Bemidji State team that they beat four times a year ago.

Taylor Anderson recorded two goal in the game, including one after she exited the penalty box.

As the Bulldogs opened the weekend series with an 8-1 win. 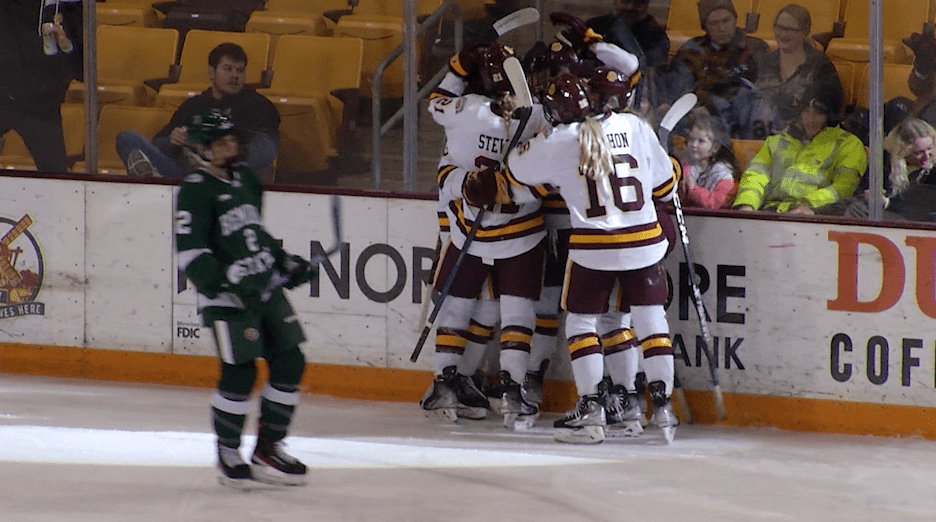