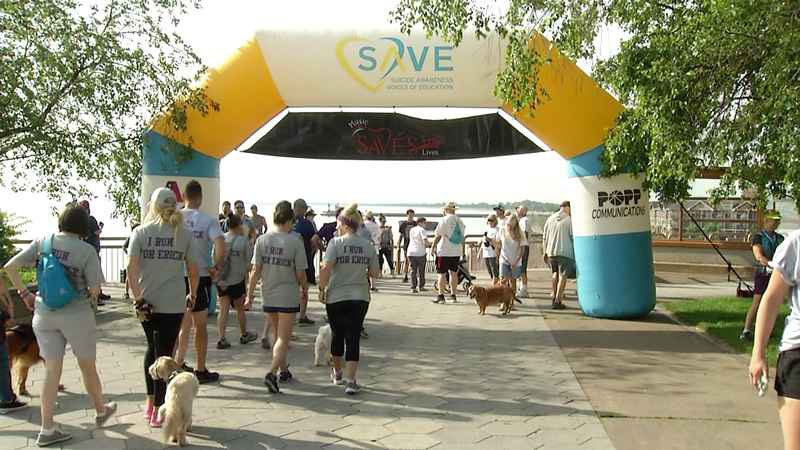 “The hardest part is knowing that my children will never know my dad and that he will never meet them, but I am thankful for the time we had with him. I lost my dad 10 ten and a half years ago now,” says Alyssa Burr, Co-creator of the 5K Walk/Run for Mental Health Duluth.

Nearly one hundred people came from across the northland to show support and raise awareness for suicide and mental health by participating in a 5K Walk/Run for Mental Health Duluth.

Burr said she created the event roughly seven to eight years after losing her father to suicide.

For Kelsey Kimball, attending this event was in honor of a family member.

“I am out here today to run for my brother, Eric Kimball, who died to suicide in March of this year. Eric had a lot on his plate and had for a long time. He was always a great brother and a great person to be around. A little bit of a curmudgeon sometimes but very loved and still very loved.”

The grief from suicide can be hard to go through, but there can also be light to help get through the difficult moments.

“What I learned is there are not any words that make it better that makes that kind of the pain of loss go away. But what I found is that while the lows feel lower, the highs also feel much higher,” shared Kimball.

Help is available for anyone who may be battling or knows someone that is battling with mental health.

“We would like to help reduce the stigma around mental health and suicide awareness and get a lot more education out for people and resources for people to get ahold of to help them,” says Burr.