Celebration for the new laker, the Mark W. Barker 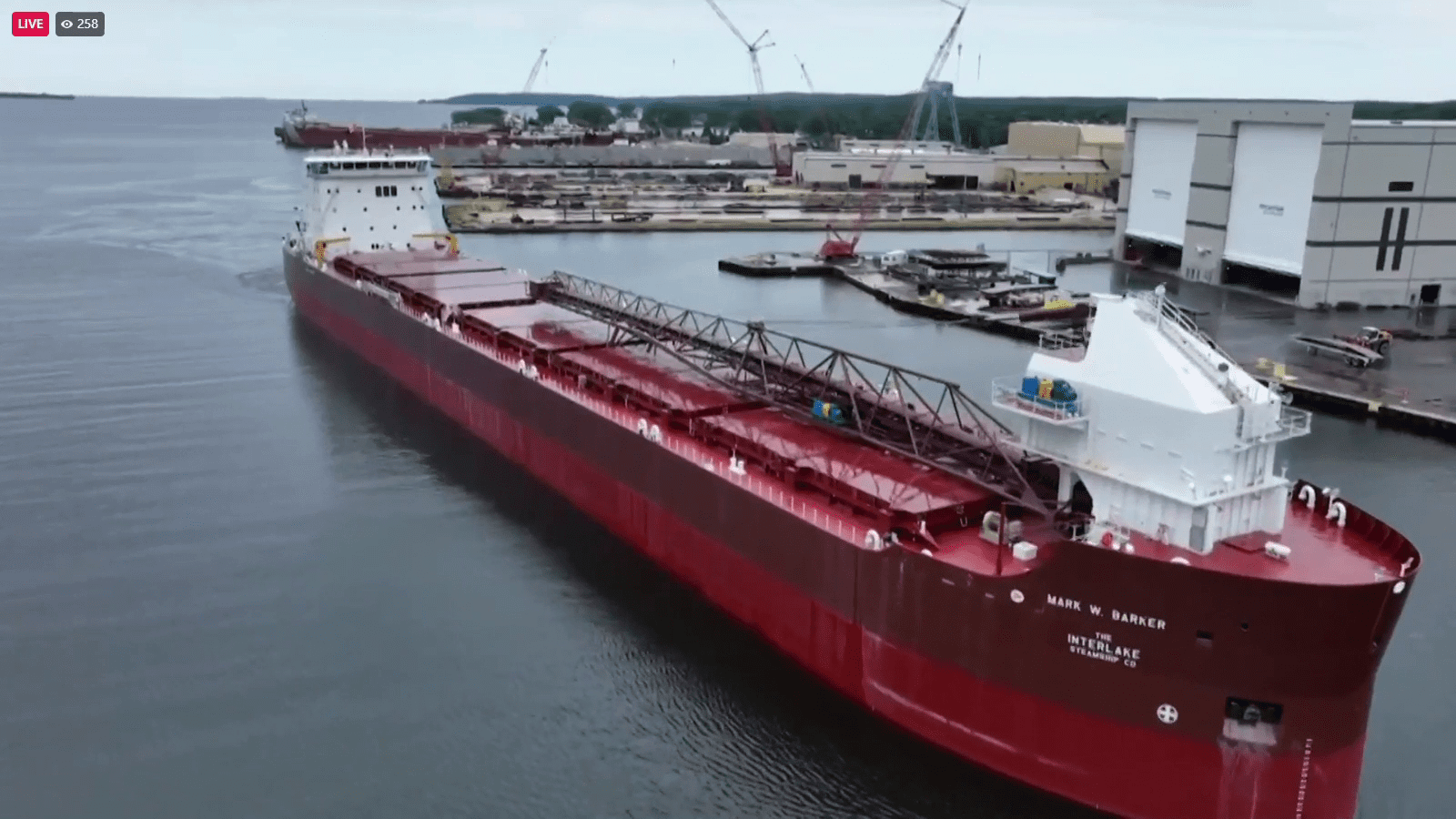 Soon a new laker will be arriving in the Twin Ports.

The Mark W. Barker has officially been christened. Owner Interlake Steamship hosted a ceremony on Thursday.

She’s the first new laker built in 35 years, crafted with steel mined and made by Cleveland-Cliffs. And it’s designed with the future in mind.

Vessel namesake, Mark Barker, is the president of the company and second generation. He explained it’s about being more capable and versatile, to meet customer needs.

“The ship has large, load bearing hatches, to allow project cargo to be loaded and carried on top of them. The hatch openings are much larger, creating a 46X80 foot opening into the rectangular cargo hold below. The rectangular cargo hold will allow the vessel to carry close to 40% more cargo. And cargoes not traditionally moved on the Great Lakes,” Barker said.

Cargill asked Interlake for a solution to bring more salt to their customers. This vessel is the answer. When she returns to Cleveland, she’ll be carrying iron ore and other cargoes.

Fincatieri Shipbuilding in Sturgeon Bay, Wisconsin put her together.