By ANNIE MA The Associated Press 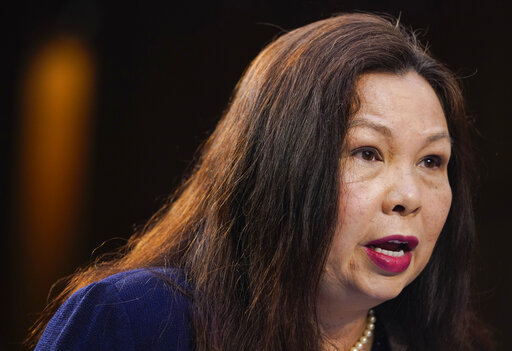 FILE - Sen. Tammy Duckworth, D-Ill., speaks during a Senate Judiciary Committee hearing on Capitol Hill in Washington, July 20, 2022. U.S. Sen. Tammy Duckworth and Sen. Dick Durbin urged the Education Department to strengthen regulations against informal removals, a practice where children with disabilities are removed from the classroom for behaviors related to their disability without the removals ever being recorded as suspensions. (AP Photo/Mariam Zuhaib, File)[ASSOCIATED PRESS/Mariam Zuhaib]

WASHINGTON (AP) — Two Democratic senators urged the Education Department on Wednesday to strengthen regulations against quietly excluding kids from class because of behaviors related to a disability — a practice known as informal removal.

Since the pandemic began, parents of kids with disabilities say the practice is on the rise, denying their kids the legal right to an education. Disability rights advocates and legal experts say the removals likely circumvent protections for these children, who are not supposed to be disciplined because of their disability.

In a report Tuesday, The Associated Press and The Hechinger Report documented the impact of these informal removals on children and families. In interviews with 20 families in 10 states, parents said they were called repeatedly, sometimes less than an hour into the school day, to pick up their children. Some said they left work so frequently they lost their jobs.

The Education Department in May said it intended to strengthen protections for students with disabilities. It’s considering regulatory amendments to Section 504 of the Rehabilitation Act of 1973, which protects people from being discriminated against based on their disability.

The department also issued guidance to schools in July advising against discriminatory practices in discipline for students with disabilities. That guidance defined informal removals as an action taken by school staff in response to a child’s behavior that removes the child for part or all of the school day, or even indefinitely. 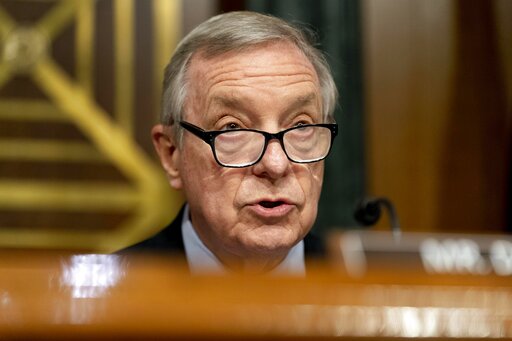 FILE - Chairman Sen. Dick Durbin, D-Ill., speaks during a Senate Judiciary Committee hearing on Capitol Hill in Washington, July 12, 2022. U.S. Sen. Dick Durbin and Sen. Tammy Duckworth urged the Education Department to strengthen regulations against informal removals, a practice where children with disabilities are removed from the classroom for behaviors related to their disability without the removals ever being recorded as suspensions. (AP Photo/Andrew Harnik, File) 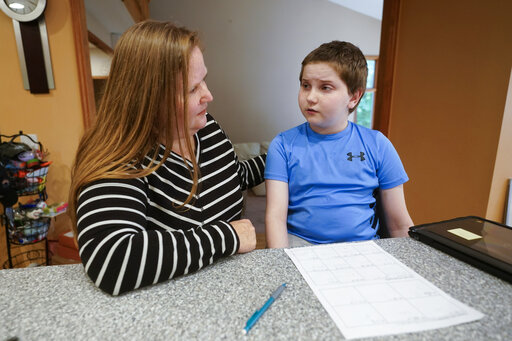 FILE - Lisa Manwell helps her son John Jinks, 12, with learning at their home in Canton, Mich., Wednesday, Sept. 21, 2022. The Education Department in May said that it intended to strengthen protections for students with disabilities through possible regulatory amendments to Section 504 of the Rehabilitation Act of 1973, which protects people from being discriminated against based on their disability. (AP Photo/Paul Sancya, File)

In a letter to the Education Department, U.S. Sens. Dick Durbin and Tammy Duckworth, both from Illinois, urged that practice be formally defined in regulation and included as a form of prohibited, discriminatory action.

“Informal removals not only restrict children’s personal growth and decrease their likelihood of graduating, but they also are discriminatory,” the letter said. “Federal and state laws and regulations, including Section 504, were intended to eliminate the segregation of students with disabilities.”

Students are protected by federal law from being repeatedly taken out of the classroom for disability-related behaviors. After 10 suspensions, families of disabled children are entitled to a review of whether the behaviors are a result of the child’s disability. If so, schools are supposed to make adjustments, such as providing additional accommodations or considering a change in placement.

But when the removals are not recorded, those protections are not always triggered, and families may not know they have recourse. The department’s July guidance made clear students who are informally removed have the same rights as those who are officially suspended, including to the review process.

The senators noted formal removals, such as documented suspensions and expulsions, lead to a loss of 11 million instructional hours per year. Many schools have promised to cut down on suspensions, since kids can’t learn as well when they aren’t in class.

But because informal removals are not recorded, the full scope of their impact on children remains unclear.

“In some cases, informal removals may result in students with disabilities missing months and even years of classroom instruction,” the senators wrote. “Missing school also deprives children of other important services, such as access to free lunch, referrals to outside services, medical care, evaluation services, access to a library and playground, extracurricular activities, and a sense of community and belonging.”

Parents, has your child been removed from class, especially because of a disability? We want to hear from you. Visit: https://hechingerreport.org/informal-removals/

This story was produced by The Associated Press and The Hechinger Report, a nonprofit, independent news organization focused on inequality and innovation in education.

The Associated Press’ reporting around issues of race and ethnicity is supported in part by the Howard Hughes Medical Institute’s Department of Science Education. The AP is solely responsible for all content.