By COLLEEN SLEVIN The Associated Press 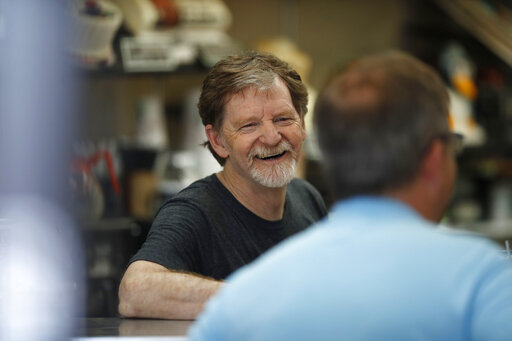 FILE - Baker Jack Phillips, owner of Masterpiece Cakeshop in Lakewood, Colo., manages his shop, June 4, 2018, after the U.S. Supreme Court ruled that his refusal to make a wedding cake for a same-sex couple because of his religious beliefs did not violate Colorado's anti-discrimination law. Now, the Colorado baker is challenging a separate ruling that he violated the state's anti-discrimination law by refusing to make a cake celebrating a gender transition. (AP Photo/David Zalubowski, File)[ASSOCIATED PRESS/David Zalubowski]

DENVER (AP) — The Colorado baker who won a partial Supreme Court victory after refusing on religious grounds to make a gay couple’s wedding cake a decade ago is challenging a separate ruling he violated the state’s anti-discrimination law by refusing to make a cake celebrating a gender transition.

A lawyer for Jack Phillips on Wednesday urged Colorado’s appeals court — largely on procedural grounds — to overturn last year’s ruling in a lawsuit brought by a transgender woman.

The woman, Autumn Scardina, called Phillips’ suburban Denver cake shop in 2017 requesting a birthday cake that had blue frosting on the outside and was pink inside to celebrate her gender transition. At trial last year, Phillips, a Christian, testified he did not think someone could change genders and he would not celebrate “somebody who thinks that they can.”

Jake Warner, an attorney representing Phillips from the conservative Christian legal advocacy group Alliance Defending Freedom, said the ruling was wrong. He said requiring Phillips to create a cake with a message contrary to his religious beliefs amounts to forcing him to say something he does not believe, violating his right to free speech.

Judge Timothy Schutz noted Phillips’ wife initially told Scardina the bakery could make the cake before Scardina volunteered that the design was meant to celebrate her gender transition. 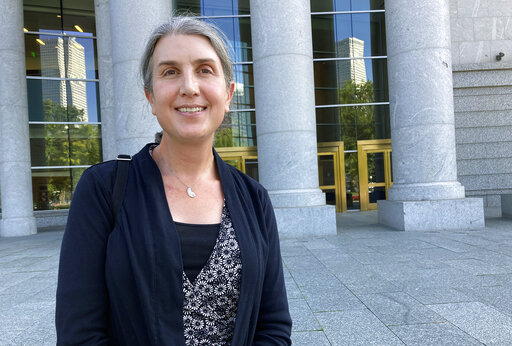 One of Scardina’s lawyers, John McHugh, said Scardina did not ask the shop to endorse her idea, just sell her a cake that they would sell anyone else. He said whether or not Phillips sells a cake to someone cannot depend on what the client tells him when he is making the cake.

Both Scardina and Phillips spoke outside the court of larger issues involved. Scardina said the case was about the “dignity of LGBTQ Americans and Coloradans and the rule of law.” Phillips said he was fighting for the rights of all Americans to live according to their consciences “without fear of punishment” by government.

In 2018, the Supreme Court ruled that the Colorado Civil Rights Commission had acted with anti-religious bias in enforcing the anti-discrimination law against Phillips after he refused to bake a cake celebrating the wedding of Charlie Craig and Dave Mullins in 2012. The justices called the commission unfairly dismissive of Phillips’ religious beliefs.

The high court did not rule then on the larger issue of whether a business can invoke religious objections to refuse service to LGBTQ people. But it will get another chance when it hears a different case in coming months challenging Colorado’s anti-discrimination law.

The case involves Denver-area designer Lorie Smith, who wants to offer wedding website services but says her Christian beliefs would lead her to decline any request from a same-sex couple to design a wedding website. She also wants to post a statement on her website about her beliefs but says Colorado’s law violates her free speech and religious rights.

In agreeing to take the case, the Supreme Court said it would only examine the free speech issue.

Scardina, an attorney, attempted to order her cake on the same day in 2017 that the Supreme Court announced it would hear Phillips’ appeal in the wedding cake case. Scardina testified she wanted to “challenge the veracity” of Phillips statements that he would serve LGBT customers.

Before filing suit, Scardina first filed a complaint against Phillips with the state and the civil rights commission, which found probable cause that Phillips had discriminated against her. Phillips then filed a federal lawsuit against Colorado, accusing it of a “crusade to crush” him by pursuing the complaint.

In March 2019, lawyers for the state and Phillips agreed to drop both cases under a settlement Scardina was not involved in. Warner told the appeals court panel that Scardina was required to appeal to the state appeals court first before filing a lawsuit and — since she did not — the ruling against Phillips should be thrown out because the state court judge who heard the lawsuit did not have jurisdiction.

McHugh argued the settlement did not reach a conclusion on Scardina’s discrimination claim so there was nothing to stop her from filing a lawsuit against Phillips to pursue it.

After trial of the lawsuit last year, Denver District Judge A. Bruce Jones rejected Phillips’ argument that making the cake would constitute compelled speech, saying it was simply a product sold by a business that couldn’t be withheld from people who have traditionally been treated unfairly and are protected by the state’s anti-discrimination law. He said Phillips’ decision not to provide the requested cake was “inextricably intertwined” with his refusal to recognize Scardina as a woman.