The Bayfront Blues Festival is back, and it is going into its 33rd annual of showcasing emerging talent in the field of blues music.

Bayfront Blues Festival Director of Media; Cyndee Parson shares how the event has reached new heights since it began.

“It started 34 years ago as a one stage. It was a free event. It was then. It has grown too for a while. We had three stages, and now we have the main stage in the tent, and it has grown into one of the top 25 blues festivals in the nation.”

The event was started in Duluth by an individual that wanted to showcase non-local music talents traveling through the Northland.

“The owner of the festival, Chris Mackie, started out booking bands at the old park in on Canal Park, and he figured out that there were a lot of bands on the weekend that were traveling from like Chicago to Minneapolis and Toronto. They were all in transit, says Parson. 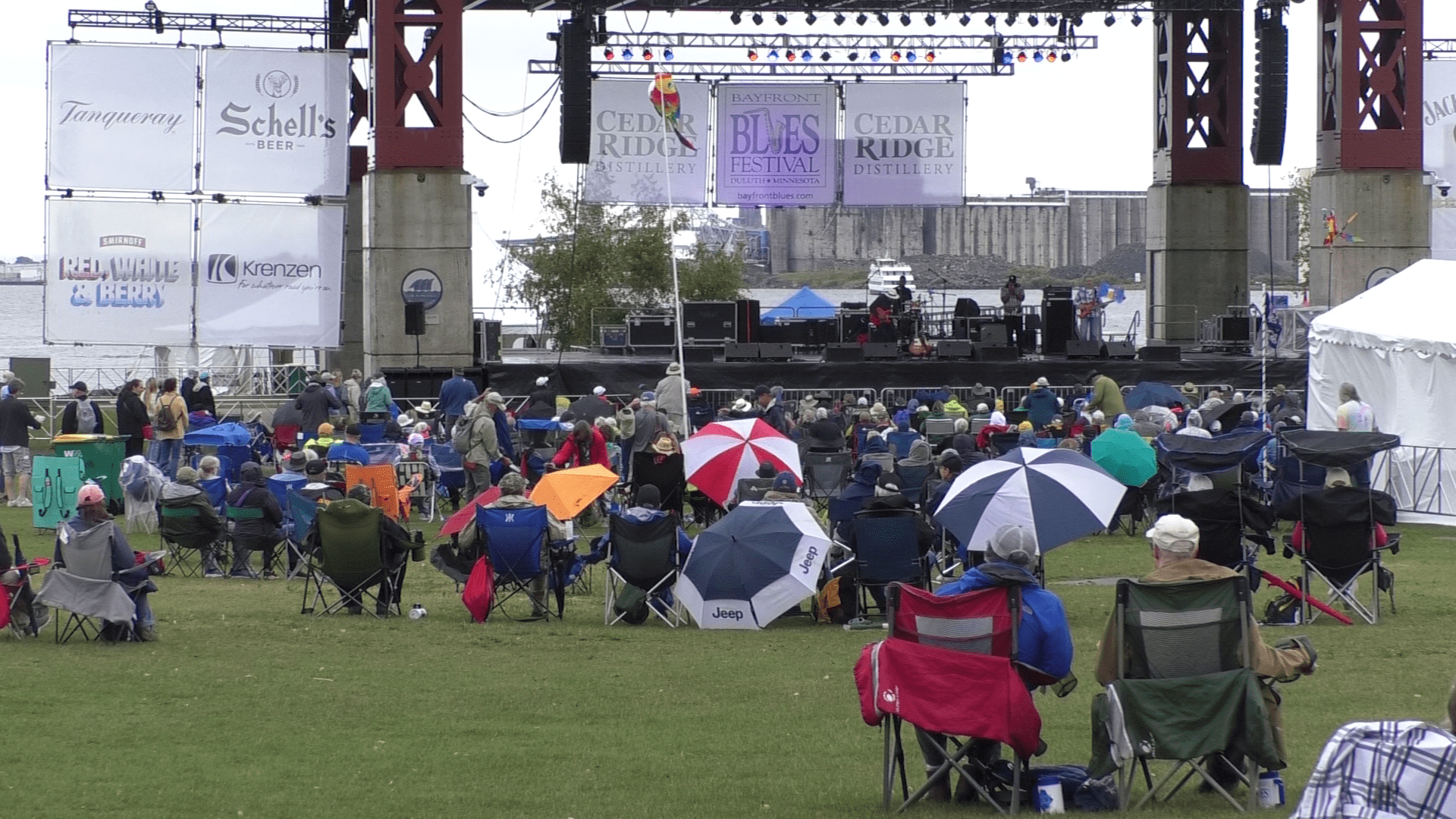 “So, he started a blues night at the park on Sundays because these bands were in transit, they were making money, and they could play there, and they had a place to stay on their way to a different destination. That is when he realized there was a market where people who like the blues and they were interested in seeing them.”

The 33rd Annual Bayfront Blues Festival continues until Sunday. Gates open every day at 11:00 am.

The festival kicked off at noon on Friday with a performance by Minnesota’s own Paul Barry’s Blues Band.

Before his set, Barry shared stated how excited he was to be playing on Friday.

“Oh, it is great! This is just one of the major festivals in the United States Blues Festivals, and it has a long history and just paid from us, from Minnesota. So it is a great festival, a lot of prestige to be on, a lot of history, a lot of great players have played in this festival. So we are really excited to be a part of it this year.”

Having the opportunity to play at the Blues Festival has always been a good experience for Barry.

“I have been to the festival many times. I had a chance to play it before, and as I said, it is a major festival. It is an honor for us to be part of it this year and play a part in the Blues Festival in the United States. Have a great time up here, and people love, and we love playing the blues.”

Minnetonka couple, the Hovey shares their secret on what keeps them coming back to the festival yearly.

“It’s been an annual event for probably ten years now and we just love coming here. We like music and we love the blues; it is just a fun experience. It is one of the best ways to decompress that I can think of because you have no responsibilities. You just listen to music, drink, and eat. Yeah, it is wonderful!”