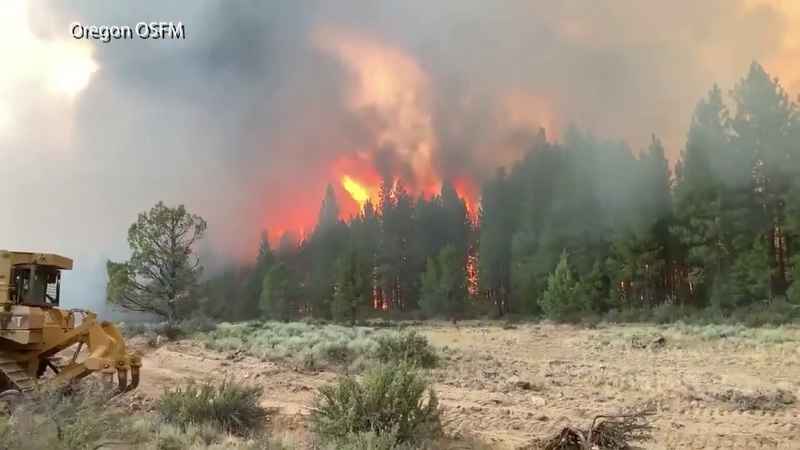 BLY, Ore. (AP) – As fires in California threaten homes, crews in Oregon are making progress against the nation’s largest wildfire. The Bootleg Fire, which has scorched an area half the size of Rhode Island, is 40% surrounded after burning some 70 homes. Fire officials say they’ve surrounded much of the bottom half.

An upper eastern edge is still advancing toward thousands of homes but authorities say the pace is slowing.

In California, blowing embers from the Tamarack Fire south of Lake Tahoe ignited a fast-moving spot fire, prompting a new evacuation on the California-Nevada line.

In the western Sierra, the Dixie Fire has ballooned to more than 223 square miles.