There’s still over two months until the University of Minnesota Duluth (UMD) men’s hockey season, but Amsoil Arena has been staying busy this summer. Monday marked the start of week two of the Bulldog Hockey Camp.

They have a star studded coaching staff of former Bulldogs turned professionals. One of their squirt instructors is Andy Welinski, who grew up skating at UMD camps just like this one.

Welinski is a Duluth East grad who spent last season skating with the Anaheim Ducks. He’s now a free agent.

Joining him on his old bench are fellow instructors, and UMD alums, Neal Pionk, Karson Kuhlman, and Kasimir Kaskisuo. 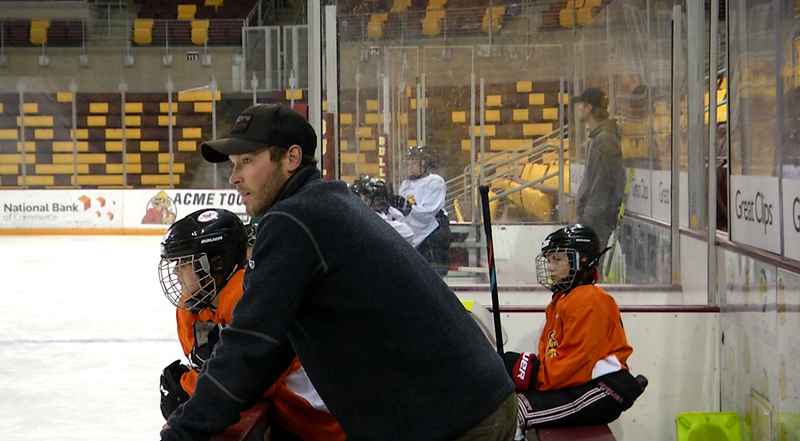 Andy Welinski coaching a team of squirts during the Bulldog Hockey Camp at AMSOIL Arena on Monday. [WDIO/Alicia Tipcke]

Having served as a netminder for the Minnesota Wilderness, Bulldogs and later the Nashville Predators, Kaskisuo said it’s rewarding to pass down his experiences to potential future pros.

"I was a very late bloomer, so I think that’s a thing that I always try to say," Kaskisuo explained. "You don’t have to be the best in the country at your age, so trust the process and have fun doing it."

He’ll continue his pro career with Leksands IF in the Swedish Hockey League this season.

Squirt and peewee camps wrap up this Thursday. Next week they’ll host about 80 bantam and high schools players.

Over 300 kids from ages five to 17 will participate throughout the three week camp.