The St. Louis County Sheriff’s Office says human remains have been found following an explosion that destroyed a home on the Lake Vermilion shore.

A 911 caller reported the explosion in the 1700 block of Everett Bay Road in Greenwood Township at 9:36 a.m. Wednesday. The home was on fire when the Greenwood Fire Department and sheriff’s deputies arrived.

Emergency responders located the man who owns the residence in the yard with severe injuries. He was airlifted to a Duluth hospital.

He’s been identified as Michael Gramse, 72, of Faribault. Authorities believe the remains found inside the home are his wife, Eva Gramse, 72.

The State Fire Marshal’s Office is assisting the sheriff’s office in its investigation. The Tower, Breitung, and Vermilion Lake fire departments also responded, as well as Virginia Ambulance, the St. Louis County Rescue Squad, the Minnesota State Patrol, and the Minnesota DNR. 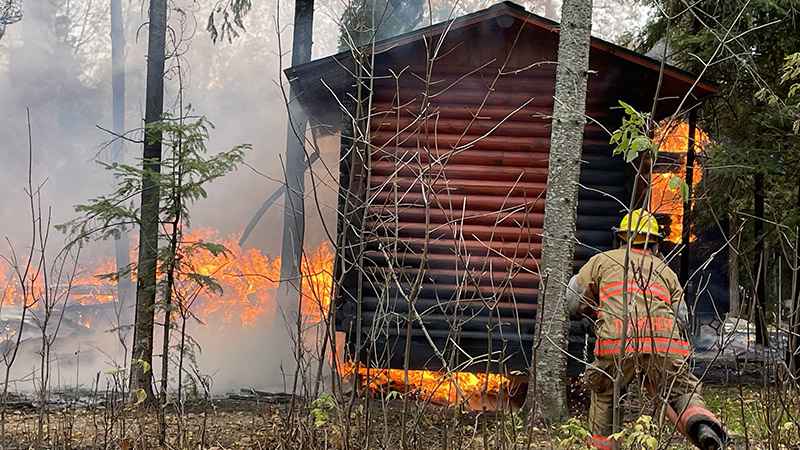 Authorities respond to a report of a possible explosion and fire at a home on the 1700 block of Everett Bay Road on Lake Vermilion.[The Timberjay]

Images used with permission from The Timberjay.