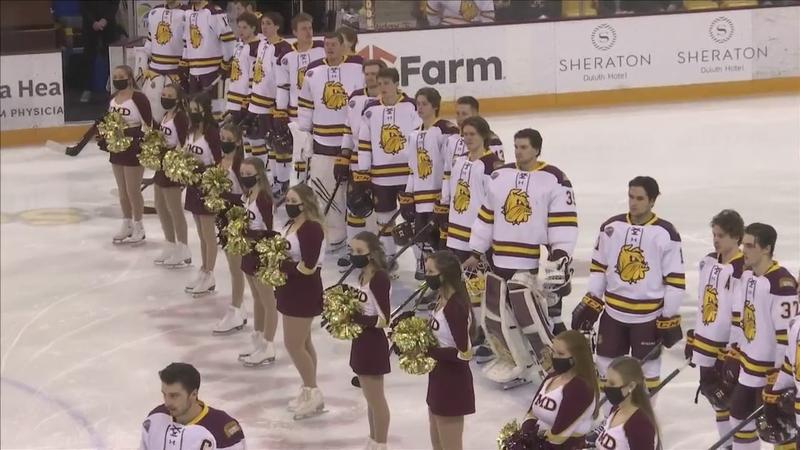 The University of Minnesota Duluth (UMD) men’s hockey team shut out Michigan Technological University Thursday to secure their spot in the NCAA Men’s Ice Hockey tournament quarterfinals against the University of Denver.

The second seeded Bulldogs downed the third seeded Huskies 3-0 in the Regional first round match in Loveland, Colorado. The Pioneers held off UMass Lowell 3-2 to secure their own quarterfinal berth.

The Huskies would lose Hobey Baker Award top 10 finalist Brian Halonen in the first period after he was ejected for a boarding major. Kobe Roth would go on to score in the first lifting UMD to a 1-0 lead.

Then in the third period UMD freshman Kyler Kleven added their second goal of the day, and his second of this season, to double their lead 2-0. Roth would add an empty netter to put the nail in the coffin for the 3-0 win.

Bulldog junior netminder Ryan Fanti made 28 saves to clinch his third straight shut out victory and seventh of this season.

UMD (22-15-4) will carry their seventh straight NCAA tournament appearance into the quarterfinals Saturday. They will battle the winner of Thursday night’s first round game between the University of Denver and the University of Massachusetts Lowell. For the full bracket, click here.