An opening address from NCHC commissioner Josh Fenton touched on the conference’s dediction to health and safey, and to play hockey, stating that over 90 percent of the league is vaccinated.

Head coach Scott Sandelin and Bulldog captain Noah Cates made the trip down south for UMD.

Coming off their fourth straight NCAA Frozen Four appearance, the Bulldogs are now focused on making it five. Now just over two weeks away from their first official practice UMD will enter this season ranked second in the conference.

Sandelin said they have some new bodies, including six freshman and a transfer for the new year. "We’ll see how they get thrown into there, but we’re counting on some of them to step in and make an impact, and then we’ll see. As we know this league is tough, and college hockey is tough, but we like what we’ve seen so far in the skates." 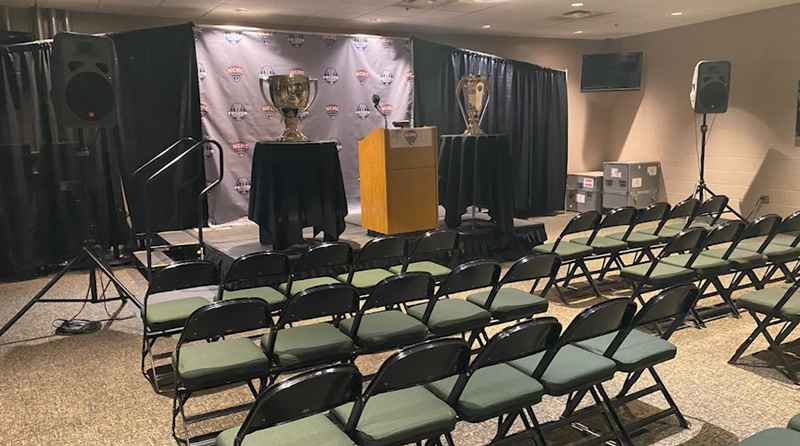 UMD will opener their season with an exhibition match on Oct. 3 against the Univeristy of Wisconsin-Madison.