During the cold winter months kicking off college football seems like a distant thought. However the defending Northern Sun Intercollegiate Conference (NSIC) champion University of Minnesota Duluth (UMD) football team builds their program year round, and on Wednesday announced their 2022 recruiting class.

However head coach Curt Wiese explained why it may be a while before fans see new recruits hit the field.

"A lot of the guys in our freshman class are going to end up redshirting. Part of that is we’re trying to continue to grow culture with high school student athletes, develop these young men when they’re in our program to be better people when they graduate," Wiese explained. "Give them an opportunity when they’re here to break into our one and two and three deep roster."

The Bulldogs have signed 26 talented athletes to their ranks. 17 hail from Minnesota with five coming across the border from Wisconsin and four out of Nevada. Three of those new recruits call the Northland home, for more on them click here.

UMD closed out the 2021-2022 season with a 9-3 overall record while making their 12th NCAA Division II playoff appearance. 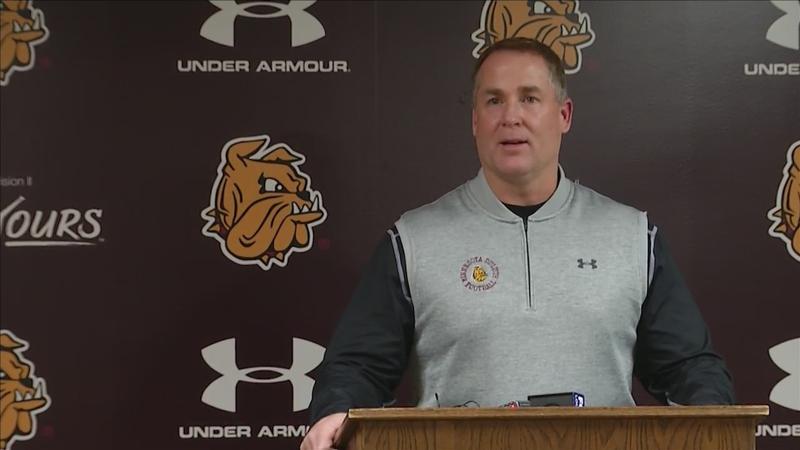