The University of Minnesota Duluth (UMD) football team was out an active on Monday, not on the gridiron, but rather on the green.

Over 160 athletes, coaches, and alumni traded Hail Mary’s for hole-in-ones in their annual Malosky Golf Outing.

Held at Duluth’s Ridgeview Country Club, the event serves as a way to remember legendary head coach Jim Malosky, as well as reconnect with old friends.

"Jim Malosky is obviously a big name," said Bulldog offensive coordinator Chase Vogler. "A name that obviously carried this program for about 40 years and won a lot of games for us, and a lot of our guys that are here playing in this thing played for Jim. Obviously his name is on our stadium, so it shows you the impact he’s had on our program."

Vogler added, "really it’s just about getting the alumni back together." 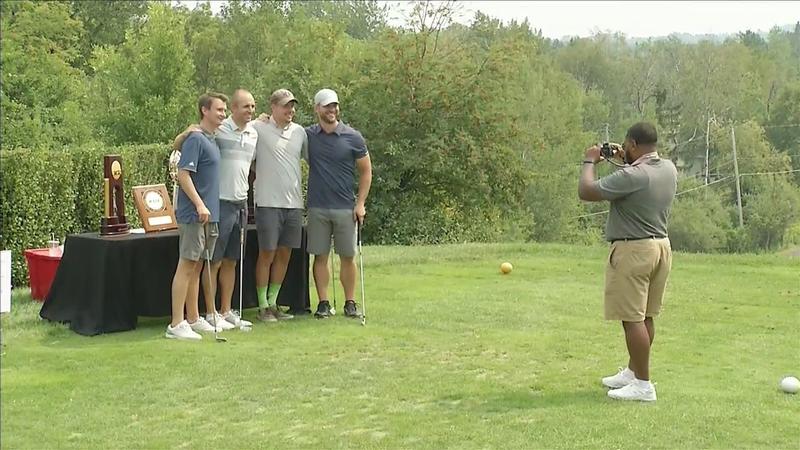 A group of Bulldogs get their picture taken in front of a trophy table at the Malosky Golf Outing on Monday. [WDIO/Glenn Kellahan]