Selbitschka leads UMD to 3-2 upset over No. 20 Michigan Tech

In their second meeting of the season the University of Minnesota (UMD) volleyball team hosted the No. 20 Michigan Technological University Huskies Tuesday at Romano Gym.

The Bulldogs Cianna Selbitschka would put the team on her shoulders collecting a whopping 19 kills, 19 digs, and two aces.

Next on the slate for the Bulldogs (15-7) will be No.16 St. Cloud State University on October 28 in Duluth. 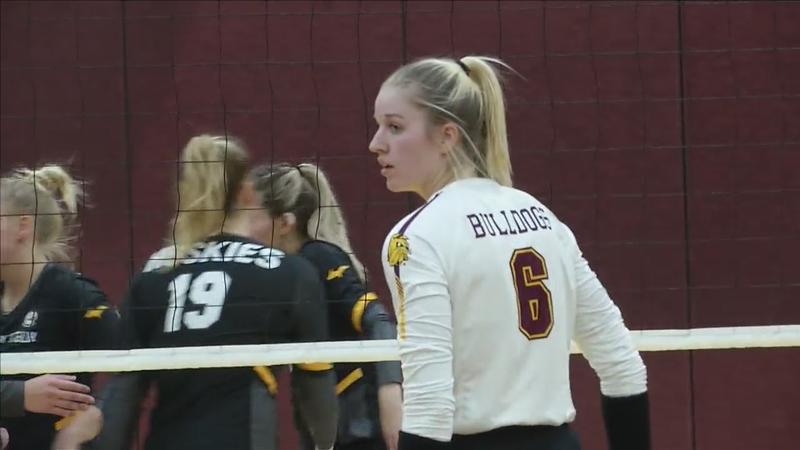