For the seventh ranked Univeristy of Minnesota Duluth (UMD) women’s hockey team this Friday will be about revenge.

After suffering a crushing overtime loss to the University of Wisconsin-Madison in the Western Collegiate Hockey Association (WCHA) title game last season, the Bulldogs are ready to flip the script on the Badgers this weekend.

Referencing last season, UMD now knows maintaining puck possession and speed will be key to toppling the number one team in the nation. Plus the Bulldogs’ tough schedule early on this season, already facing Minnesota State University, Mankato and the University of Minnesota, has helped prepare them for Friday.

"It’s always exciting to beat a team like Wisconsin, so it just gives us more confidence going in that it’s possible and that we have a team that’s very capable of doing it," said senior forward Naomi Rogge.

Head coach Maura Crowell added, "we can win foot races with any team in the country so we have speed, we want to use it. I think our forecheck was really good the last time we played them, that’s how we want to play again. When you play good teams you want to take away their time and space." 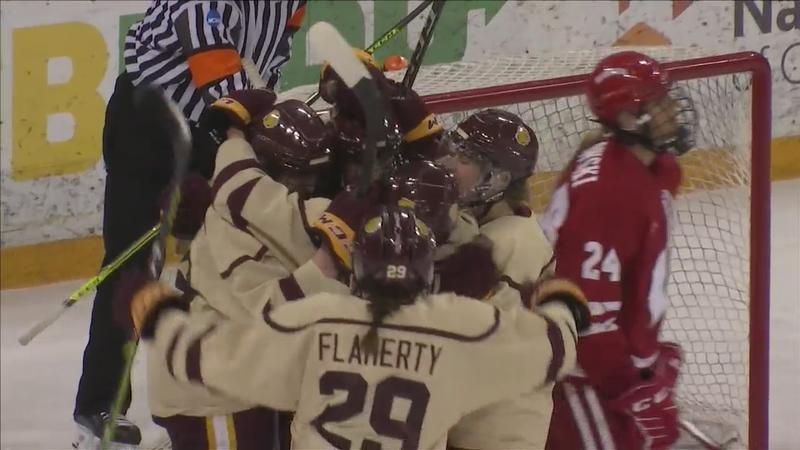 Puck drop at AMSOIL Arena on Friday is set for 12:01pm with the series finale Sunday at 1:01pm.