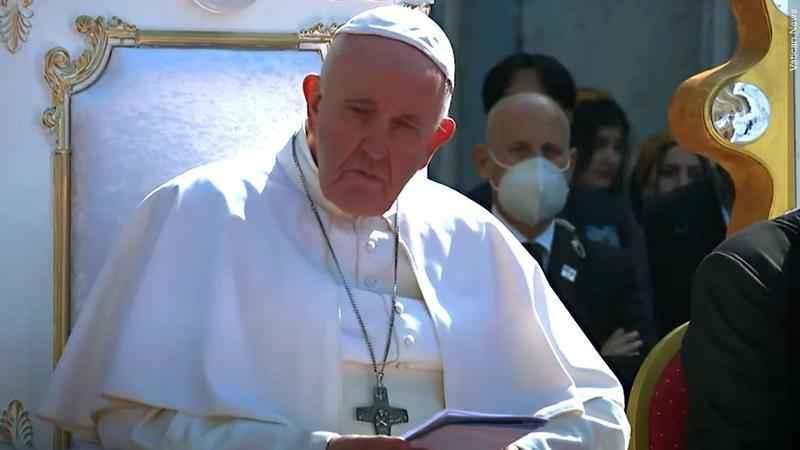 Pope Francis will visit Canada in the wake of discoveries of unmarked graves at the sites of former Catholic schools.[Vatican News]

The Vatican says Pope Francis has agreed to visit Canada to help reconciliation efforts with Indigenous peoples following shocking revelations of the Catholic church’s role in the abuse and deaths of thousands of native children.

The Vatican said in a brief statement on Wednesday that the Canadian Conference of Catholic Bishops has invited the pope to make an apostolic journey to Canada "also in the context of the long-standing pastoral process of reconciliation with Indigenous peoples."

The Vatican says Francis has indicated his "willingness" to visit Canada at a date to be determined.

Leaders have called on the Pope to apologize after the discovery of more than 1,100 unmarked graves at the sites of four Canadian residential schools this year.

In June, following news of the first discovery this year, Francis expressed pain and urged church and political authorities to work together to shed light on the "shocking" development, but didn’t offer the apology sought by Prime Minister Justin Trudeau.

Three more discoveries were announced after the Pope’s June comments, including a site in Saskatchewan with more than 600 unmarked graves.

At least 4,100 children died at the schools between the 19th century and the 1970s, according to a Truth and Reconciliation Commission report. The report detailed harsh mistreatment of Indigenous children at the schools, which more than 150,000 children were forced to attend as an effort to assimilate them into Canadian society.