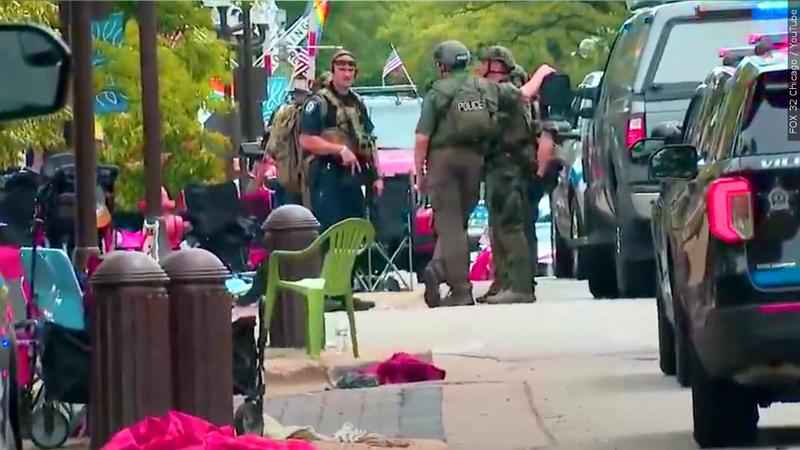 HIGHLAND PARK, Ill. (AP) – A seventh person has died from injuries in a shooting at an Independence Day parade in suburban Chicago. Police say the gunman fired more than 70 rounds with an AR-15-style gun.

That’s according to authorities, who said Tuesday that the shooter then evaded initial capture by dressing as a woman and blending into the fleeing crowd.

Christopher Covelli is a spokesman for the Lake County Major Crime Task Force. He told a news conference that the suspect used a high-powered rifle to spray bullets from atop a commercial building into a crowd that had gathered for the parade.

More than 30 people were wounded.