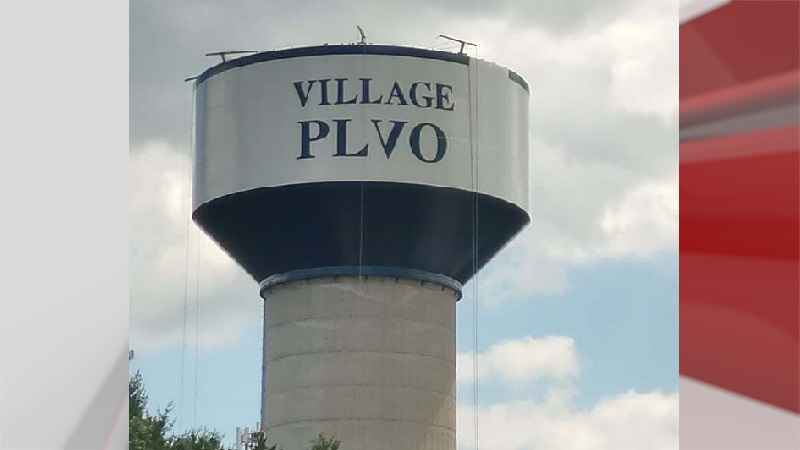 Painters are scrambling to fix a giant typo on the village of Plover's water tower. [Chris Gumz]

PLOVER, Wis. (AP) – Painters are scrambling to fix a giant typo on the village of Plover’s water tower. The Stevens Point Journal reports that crews repainting the tower on Thursday misspelled the village’s name as “Plvoer.”

Village Administrator Dan Mahoney said the painters accidentally reversed the templates used to paint the letters before raising them up to the tower. He said the mistake was quickly covered and repainting should be finished on Friday.

The mistake became the butt of jokes on social media, with people posts such as “Lvoe it!!” and “Big lvoer of it.” One person suggested not correcting the mistake because its making so many people laugh.