If you need some inspiration to try homebrewing, the Northern Ale Stars Homebrewer’s Guild can provide it. Thursday night, the group celebrated their 40th anniversary.

He started homebrewing in 2004 after his wife bought him a Mr. Beer kit. A local brewer was impressed with the Irish Red he made with the kit.

"Of course, because I brought a Mr. Beer kit, my club nickname is Mr. Beer," he said, "except for September, it’s Meister Brau." 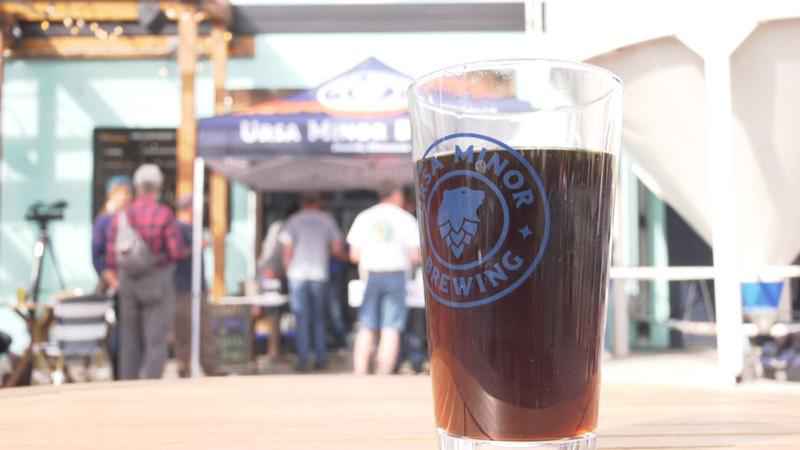 The Northern Ale Stars made an English Pub Ale for the 40th anniversary celebration.[Carl Sauer/WDIO]

"It is a pub ale," Brian Rauvola described, "an English Pub Ale, that we are serving through a firkin, which gives it a little more of an authentic kind of English pub feel to it."

It was brewed at Ursa Minor using homebrew equipment, and proceeds from the pints went back to the guild.

Ursa Minor founder Ben Hugus got his start with homebrewing.

"I fell in love with what beer can be," Hugus said. "And now, looking around you like, what we can do for other people with our beer and bringing people together to really have amazing experiences and enjoy the place where they are."

The Northern Ale Stars are great, Slick said, because the group includes everyone from professional brewers to rookies. His favorite style to brew is pilsner.

"The brewing water from Lake Superior is almost exactly the same as the water in Pilsen," he said. "So we don’t have to do any additions or subtractions to the water here. We just need to get the right other ingredients to make a really good pilsner."