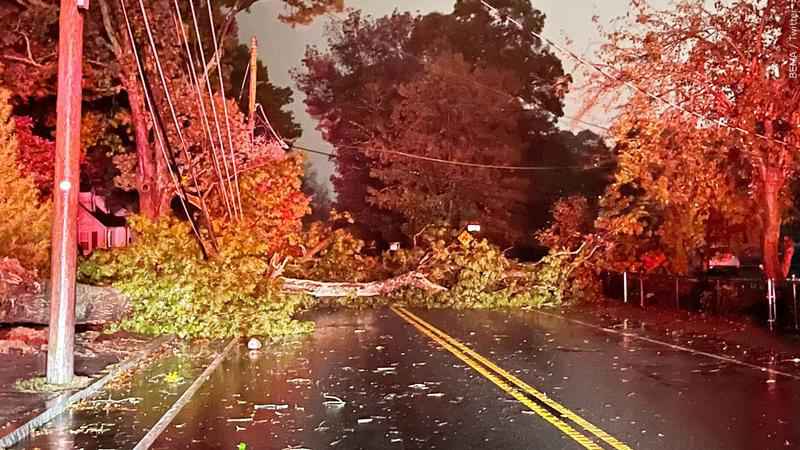 BOSTON (AP) — A nor’easter that battered the Atlantic coast with hurricane-force wind gusts has left more than a half-million customers without power in New England. Dozens of schools canceled classes Wednesday. Utility workers labored to restore power as winds diminished throughout the day.

The process is expected to take days in hardest-hit southeastern Massachusetts. The highest gust was recorded at 94 mph on the island of Martha’s Vineyard. One driver was killed and another injured when a tree limb fell on two vehicles in northern New Jersey.

The body of a kayaker who disappeared off New York’s Long Island was recovered near the Bronx.