It stretches about 1.5 miles between Stebner and Haines Roads, with another about 1-mile section between Maple Grove Road and Hermantown Road.

"This is one of the biggest things that’s happened to the community in a long time," Hermantown Mayor Wayne Boucher said. "This is a huge segment of a planned trail that will connect Hermantown with the Munger Trail."

The city marked the completion with a ribbon cutting Tuesday evening.

Leah McFarland, 9, checked it out on her bike. She said she’ll be back. 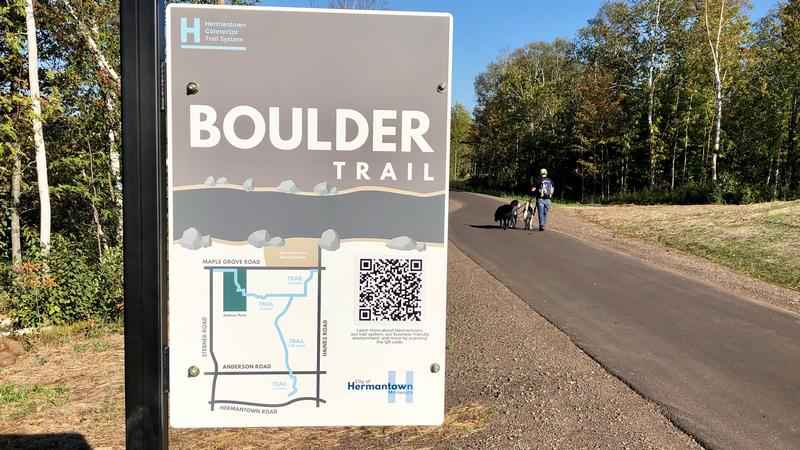 A new 10-foot-wide paved trail is open in Hermantown.[Baihly Warfield/WDIO]

"It was really cool because there was a bunch of hills that I could go over and stuff," she said.

The City of Hermantown plans to plow the 10-foot-wide Boulder Trail in the winter, so it should be accessible year-round.

Next year, the city plans to build a section near Ugstad Road from Hwy 53 to Fichtner Field. Hermantown voters should also expect to see a referendum on the November 2022 ballot for a temporary .5% sales tax to fund the trail’s extension to Proctor and the Munger Trail.