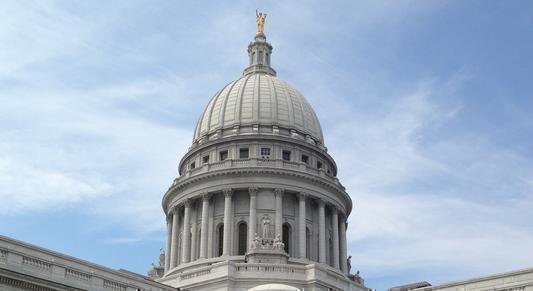 MADISON, Wis. – A Madison man charged with helping tear down two statues outside the state Capitol during a string of protests over racial injustice two years ago has been sentenced to three years of probation.

Twenty-eight-year-old Jacob Capps pleaded guilty to one count of felony criminal damage to property Wednesday and was also ordered to pay $5,000 in restitution. In an agreement with prosecutors, Capps entered the guilty plea to toppling the “Forward” statue on Capitol Square on the night of June 23, 2020.

A second felony count for helping take down the statue of abolitionist Col. Hans Christian Heg that same night was read at sentencing and dismissed.

Both statues have since been repaired and replaced.