The 10-2 Bluegreens’ stellar season has been built in-part off the depth of their roster. One stud this season has been defenseman Harry Ambler, who juggled a USA select D3 Team tour to Brazil in May on top of Duluth FC.

"It was tough at the start," Ambler said about the beginning of the Bluegreens’ season in May. "I feel like getting to those really early practices, they can be quite a tough thing to get out to, but when you get into the routine of things you get used to it. Especially when you’re around such good lads it’s really enjoyable.’

Ambler came to the Northland all the way from the United Kingdom to play soccer for the University of Wisconsin-Superior (UWS) last fall, then decided to stick around for summer ball.

"There’s a lot of difference between this and some of the colleges you play at," Ambler explained. "It feels like more of an academy side of this team because of the likes of talent that we have." 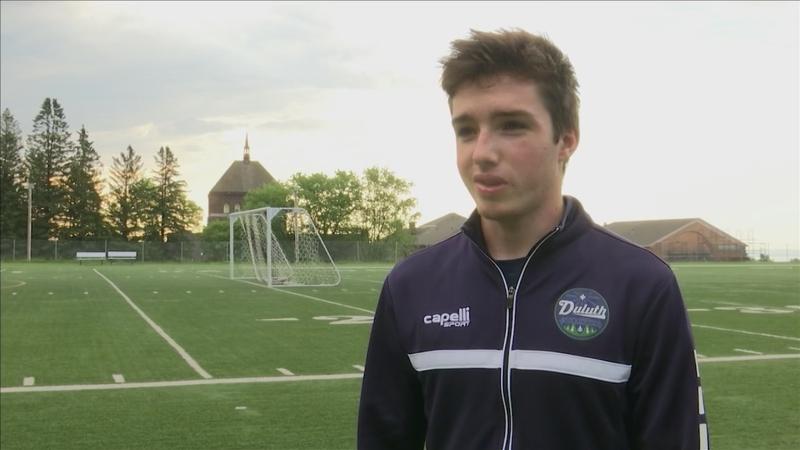 A defenseman, Ambler started 16 of 20 games played as a freshman for the Yellowjackets in 2021 putting up eight points.