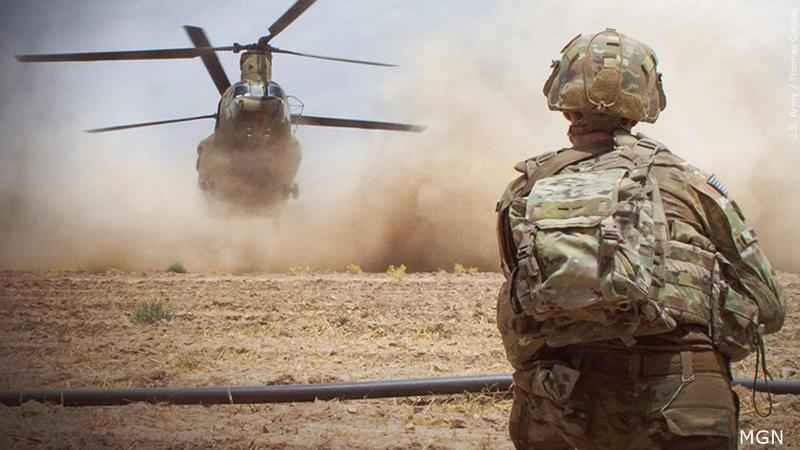 Withdrawal of American troops from Afghanistan set to be complete by the end of August.[U.S. Army / Thomas Cieslak ]

WASHINGTON (AP) – The chairman of the Joint Chiefs of Staff says the Taliban appear to have “strategic momentum” in the fight for control of Afghanistan.

Gen. Mark Milley told a Pentagon news conference that as the Taliban put increasing pressure on key cities, they are setting the stage for a decisive period in coming weeks as American forces complete their withdrawal.

Milley said that while the Taliban are trying to suggest the inevitability of victory over the government forces, he believes the Afghan military still could prevail. He said they will have to show the necessary will and leadership to avoid failure.