Following a hectic night at the DECC after an ammonia leak was discovered inside the Curling Club, the Duluth Fire Department is reflecting on what feels like divine timing.

This is because they recently obtained one of four hazmat rigs in all of Minnesota and Tuesday night was the first time they used it to clear the DECC of ammonia.

The rig allows firefighters to track what is going on in real time by generating a map of the building at hand, providing data on chemicals in the environment and displaying live footage on monitors—both inside and outside the vehicle.

“They can look at drone footage live or they can look at our peak software that’s rolling a plume model of what we know and where it’s going,” Morehouse said. 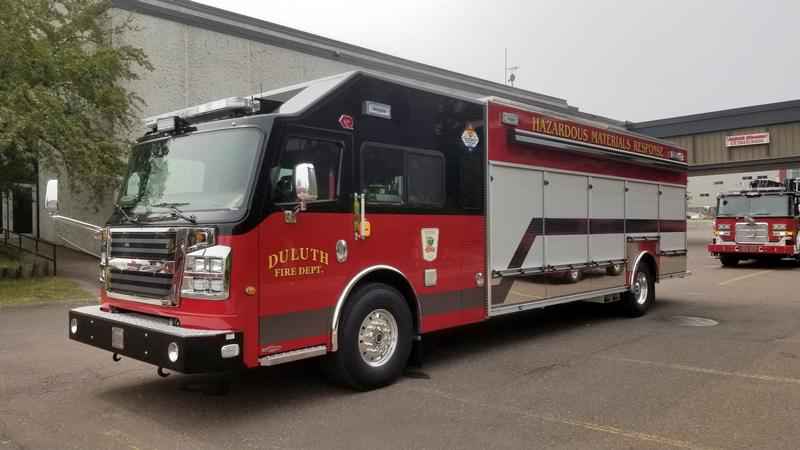 Thanks to the new rig, Executive Director of the DECC, Dan Hartman, said all but Pioneer Hall is back open and events scheduled in the coming days will go on.

“The Dog Show is back on, we’re going to have hockey this weekend. We actually already have the testing facility back up for vaccinations and COVID testing,” Hartman said.

The rig alone cost $650,000. It was funded by the state of Minnesota and the Department of Transportation.

Firefighters say advanced technology like it is invaluable when dealing with dangerous chemicals like ammonia and provided tips for avoiding exposure.

“Just about any common person can identify that ammonia smell and go the other way because it’s a very strong odor,” Assistant Fire Chief Dennis Edwards said. “As soon as you smell that, exit, call 911 and make sure you keep everybody out of that space.”

Going forward, Hartman said the DECC may up the number of inspections they do to prevent anything like this from happening again.

“We check it out quite regularly and so this is making us as a staff say ‘Lets do even more checks,’” Hartman said.

Hartman added that he is glad everyone is safe.