The Greyhounds had a lot on the line during the game looking to stay unbeaten at home on senior night.The team came out on fire winning 6-0, all six of their goals were scored by different players.

In girls prep soccer, Hermantown visited Duluth Marshall in search of their third win of the season.

The Hilltoppers jumped off to a quick 1-0 lead, after Nina Thorson scored in the 6th minute. In the second half however Rylee Gilbertson tied the game in the 43rd minute, forcing the game into overtime.

Where in the 88th minute Callie Showalter scored the golden goal, helping Hermantown win 2-1 in OT. 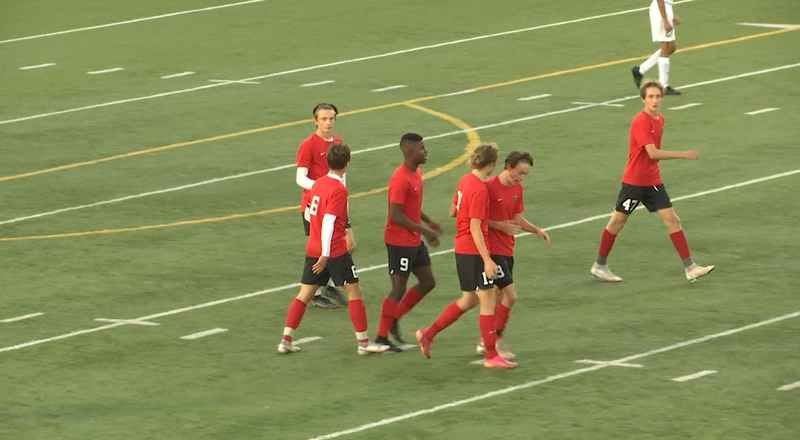 At Duluth Denfeld the Hunters were also celebrating senior night hosting Two Harbors. It was a slow game into the second half until Hunters’ Gigi Boheim connected for the first goal.

Two Harbors would tie it sending the game into overtime, as Duluth Denfeld scored two goals in overtime winning 3-1.