Damon thought of own kids for ‘Stillwater’

Matt Damon believes a "recalibration" of perspective will line up the global pandemic with other global issues, including climate change, food insecurity, and clean water issues.

"It’s certainly taken up a lot of mental real estate for all of us, I would say, but, you know, I mean, the great intractable problems from the world carry on, as we all know. And COVID is now another one of those," Damon said.

The Oscar-winner was speaking at the New York premiere on Monday of his latest film, "Stillwater."

Once the pandemic is under control, he believes we could be more attentive to those issues again. Damon co-founded water.org and WaterEquity, to help build basic infrastructure necessary to get clean water and sanitation in impoverished countries around the world.

"There will be some kind of recalibration and we’ll probably start looking at some of this stuff and focusing on it a little more. COVID just takes up so much oxygen because it’s so on the front of everybody’s mind and we’re all trying to figure out how to get back to normal life," Damon said. 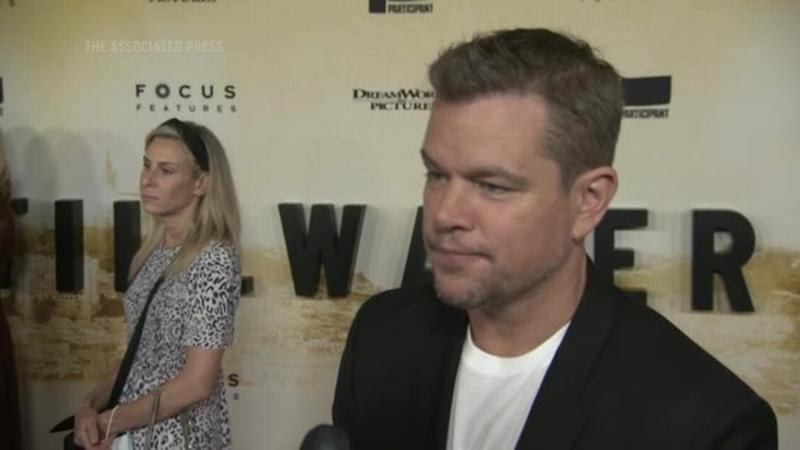 Matt Damon appeared at a premiere for his new movie on Monday.[AP Video]

Walking a red carpet for his film provided some semblance of a return to normal.

"A night like this is great. You know, even with these kind of barricades between you guys and the ways in which this is abnormal, it’s feeling a lot more normal than all of us staying home and not interacting. So, we’re getting there," Damon said.

In "Stillwater," Damon portrays an Oklahoma oil rig worker whose daughter was wrongly convicted of murder by a French court. Confronted with a complicated legal system and a language barrier, he attempts to exonerate her.

As a father of four, he tapped into his own emotions for the "internal stuff" of tackling the role.

In "Stillwater," Damon portrays an Oklahoma oil rig worker whose daughter was wrongly convicted of murder by a French court. Confronted with a complicated legal system and a language barrier, he attempts to exonerate her.

"You’re working with live ammo. And it’s always a movie about a father and a daughter. You’re going to be thinking about your own kids."

He added: "That’s going to be informing the work that you’re doing."

"Stillwater" held its world premiere earlier this month at the Cannes Film Festival. Damon recalled the emotion of being there.

"I feel a lot of gratitude. I got choked up at Cannes because I was just, like, so grateful to be back with people again, you know. I mean, we’ve been – you know, it’s not a natural condition to be cut off from each other."