Since 2016 with the exception of 2020 due to a COVID cancelled season, the University of Minnesota Duluth (UMD) volleyball team has qualified for the NCAA Tournament every year.

For outside hitter Kate Berg, she’s always ended her season at that tournament. Heading into this season, UMD has some new weapons that will be making their Bulldog debut.

"We’re going to have a total of 8 players who have never seen a match day," explained Berg. "We have five incoming freshman in 2020 and we have three more coming in this fall, so over half our team is going to be new players."

Berg had applied to do a 4-year plus one MBA program before COVID hit. Now, she gets to play volleyball and get her masters thanks to the NCAA eligibility waiver.

She also knows that as the lone senior on this year’s team, her role as a leader became much bigger. 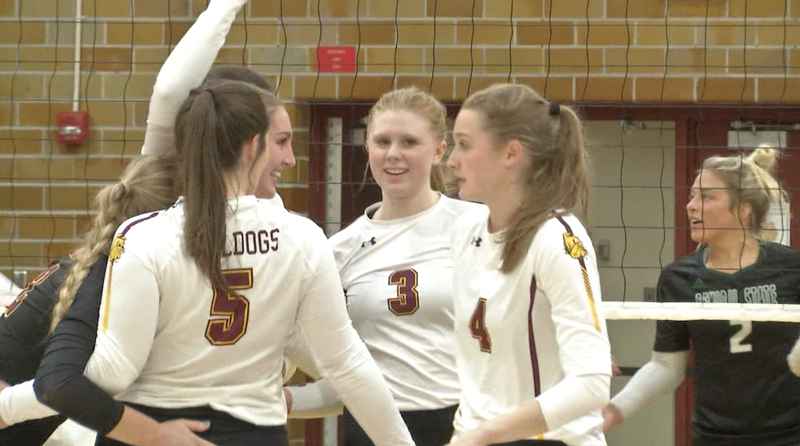 UMD outside hitter Kate Berg will return to the Bulldogs for 2021-2022 season as the only senior on the roster. [WDIO, File]

"I think honestly it comes from within ourselves. The coaches hold us to a very high standard and we know we have to hold each other to a high standard, so we’re always getting better in the gym, in the weight room and doing everything we can do to be as good as we can be as a team," said Berg.

UMD will open up their season on the road September 2.